Memberships and subscriptions are the way to go.

E-commerce juggernaut Amazon.com (AMZN -1.05%) dropped a bombshell disclosure last night: It now has over 100 million Prime members. That's a massive global member base of customers that pay Amazon for the privilege of shopping on the site, enjoying a growing collection of benefits, most notably free two-day shipping. While it's hard to figure out exactly how much revenue Amazon is bringing in from Prime membership fees, since members are located all around the world and pay varying fees based on geography, it's clear that Prime is one of the most successful membership programs ever.

For context, here's how Prime compares to other membership-based businesses (including some subscription businesses that may not technically refer to customers as "members"). 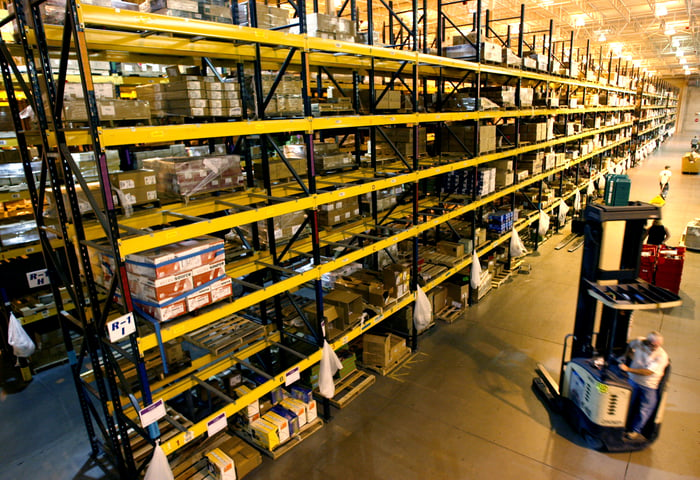 What can't you buy with Amazon Prime? Image source: Amazon.

The wholesale warehouse chain is the most relevant comparison, as Costco (COST -1.41%) operates a global network of retail locations that similarly sells everything under the sun at aggressive price points. At the end of the last quarter, Costco had a total of 92.2 million cardholders that it counts as members.

Costco's model has long been to sell products at modest markups, just enough to cover its operating expenses. If you were to ignore membership fees, Costco would have made just $270 million in operating income last quarter, or just a meager 0.8% operating margin. In other words, the $716 million that the company collected in membership fees during the quarter comprised nearly 75% of reported operating income, which is why Costco is so focused on member satisfaction.

It's worth noting that Costco only has 50.4 million paid memberships, as families with multiple shoppers are able to share memberships within the household. Membership fees range from $60 per year to $120 per year.

While it operates in a completely different industry, online video streamer Netflix (NFLX -3.94%) also refers to its paid subscribers as members. At last count, the company had 98.75 million total memberships, making it relatively comparable to Amazon Prime. Netflix acquires members with a free trial, of which there are about 4.4 million. The remaining 94.4 million memberships are paid. Investors cheered last quarter when Netflix crushed its own subscriber targets again.

The majority of Netflix's member base is concentrated within the U.S., which accounts for 50.9 million total memberships (49.4 million paid memberships). Netflix continues to aggressively expand internationally, which will require a lot of localized original content and marketing.

Speaking of streaming content, Spotify Technology (SPOT -4.28%) went public last month. Ahead of the direct listing, the company estimated that it had 73 million to 76 million premium subscribers at the end of the first quarter, or 74.5 million at the midpoint. Technically, the Swedish music streamer doesn't refer to paying customers as members, but rather premium subscribers.

Spotify's total monthly active user (MAU) base is 168 million to 171 million, topping Prime, but free users are under no obligation or ongoing need to continue using the service, unlike a shared Costco membership, for example (everyone needs groceries). Still, Spotify is the dominant music-streaming platform by a significant margin, enjoying roughly twice as many paid subscribers as its next closest rival.

Membership- and subscription-based businesses are the way to go these days.