Please ensure Javascript is enabled for purposes of website accessibility
Log In Help Join The Motley Fool
Free Article Join Over 1 Million Premium Members And Get More In-Depth Stock Guidance and Research
By Asit Sharma – Updated Apr 20, 2018 at 10:00AM

Let's look at a positive leap in operating efficiency in the first quarter and two other significant points shareholders shouldn't miss.

CSX Corporation (CSX -1.59%) surprised investors with extremely healthy results on its release of first-quarter 2018 earnings Tuesday after the markets closed. While lower volumes compressed the company's top line, leading to essentially flat revenue of $2.9 billion, net income soared 92%, to $695 million, due to cost-cutting and the fruit of productivity initiatives. Shares responded in kind, as CSX stock gained nearly 8% in Wednesday's trading session. 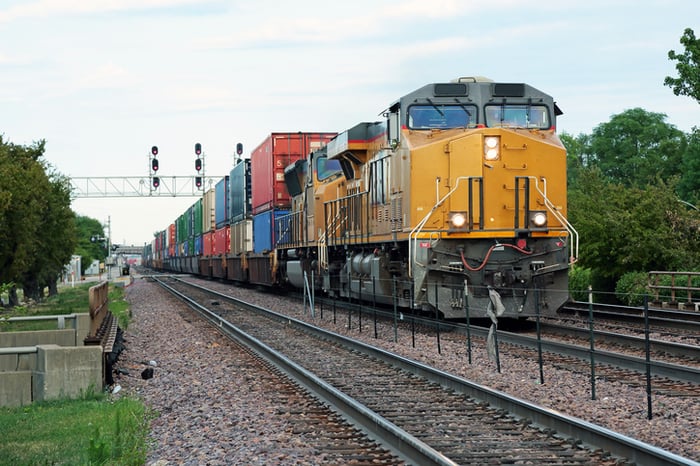