A survey of America's teens shows that the struggling sportswear brand is still out of fashion.

There may be no group of consumers that is more fashion-conscious than teenagers. As anyone who's been to high school knows, the experience is often a social crucible where students are on display in front of hundreds or thousands of their peers. They know their fashion choices, whether it be the brand of backpack or the style of shoe they wear, can say a lot about them.

That's why Piper Jaffray's semi-annual survey, "Taking Stock With Teens," is closely watched by analysts and investors. Teens not only represent the next generation of consumers, they also help determine broader fashion trends.

Unfortunately for Under Armour (UAA -1.32%) (UA -1.05%), this year's survey results confirmed a lot of concerns investors have about the brand. 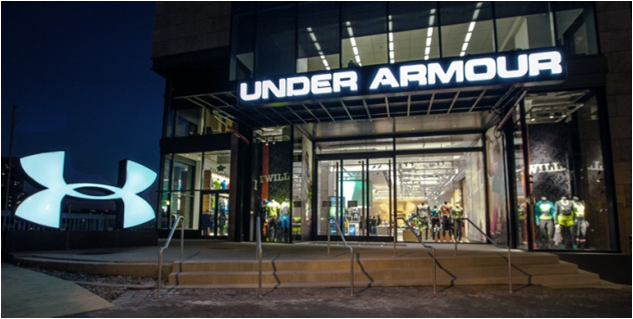 "Make that old" was the tag line in an Under Armour ad campaign a couple years back, but lately Under Armour has been looking old to America's teens.

Also concerning was that as a preferred footwear brand, Under Armour fell from No. 14 a year ago to No. 24. As an apparel brand, the company was flat at No. 13. Still, considering that the company's biggest opportunity is in footwear, losing relevance in that category is a problem.

Piper Jaffray concluded that Under Armour is being boxed out by a resurgent Adidas and retro-category growth. Adidas has grabbed market share from both Under Armour and Nike with the help of retro styles like the Superstar and Stan Smith and innovations like Boost and NMD.

The road back to growth

For Under Armour, the teen market is especially important. Under Armour's customer base has traditionally skewed younger than its peers, and the company had early success with kids wearing Under Armour on the playing field.

However, while the company has long made technical performance the centerpiece of its brand, in order to grow it needs to break in to the fashion and sportswear market, as the majority of athletic footwear and apparel sales are for streetwear, not exercise or sports. Under Armour's attempt at high fashion, Under Armour Sportswear, which included a $1,500 trench coat, fell mostly flat, and the two people behind the launch, Ben Pruess and Tim Coppens, are leaving the company.

And its efforts in the sneaker business have also hit a wall -- its once high-flying growth in that key category is now flat. By comparison, rivals Nike (NKE -0.93%) and Adidas (ADDYY -1.90%) derive a majority of their sales from footwear, but Under Armour still makes less than half of its revenue from that category.

Last August, Under Armour stock dipped when NBA star and Nike sponsor Kevin Durant dissed the company saying no one, referring to up-and-coming stars, wanted to wear Under Armour gear. The stock sold off both because of Durant's status and because many people feared what he said was true -- that at least in basketball, Under Armour was an irrelevant brand. At the same time, Durant gave a plug for his endorser, Nike, saying that top players are used to playing with Nike gear and want to go to a Nike program in college.

Similarly, Under Armour's image also took a hit when, shortly after President Donald Trump's inauguration, CEO Kevin Plank called President Trump a "real asset." The remark didn't sit well with many of Under Armour's customers, especially the young ones it needs in order to grow its footwear sales and create a fashion brand. Under Armour sponsor and NBA superstar Stephen Curry retorted that Plank was right if you take off the last two letters from "asset."

The results from Piper Jaffray seem to confirm these anecdotal missteps, or may even be a direct consequence of the brand losing its buzz and appeal.

Fashion is fickle, and it's not always easy to say what makes one brand popular and another one unpopular. However, teens often have their finger on the pulse of such things before the investor class, and the latest report makes it clear that Under Armour still has some work to do to get back in with the cool kids.