Please ensure Javascript is enabled for purposes of website accessibility
Log In Help Join The Motley Fool
Free Article Join Over 1 Million Premium Members And Get More In-Depth Stock Guidance and Research
By Demitri Kalogeropoulos – Apr 20, 2018 at 7:16AM

Investors have big questions heading into the pizza chain's earnings report on Thursday.

Domino's Pizza (DPZ -1.02%) is set to post first-quarter earnings results on Thursday, April 26. Its last announcement was a bit of a disappointment for shareholders since the pizza chain's growth slowed in the core U.S. market and its international expansion pace slipped to the low end of management's target. Yet Domino's still produced mouth-watering growth in 2017, with sales rising 8% as net income spiked higher by 30%.

Below, we'll look at the prospects for more scorching gains ahead as the chain kicks off fiscal year 2018 next week. 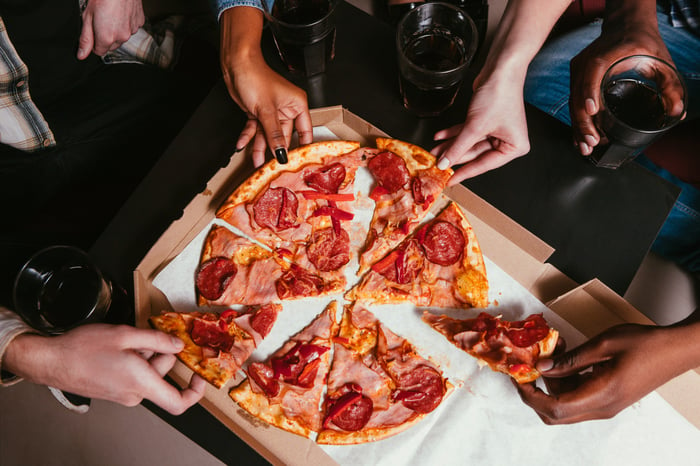 Domino's grip on the pizza delivery market weakened last year. The company accounted for 27% of the industry, down from 28% in 2016 and 29% in 2015. But healthy growth in the much larger carry-out business offset that slide and kept revenue churning higher. Meanwhile, its 8% comparable-store sales growth set Domino's far apart from its biggest rivals. Papa John's comps were flat in 2017, and Pizza Hut expanded by just 2%.

It will be interesting to see where comps land this week after they decelerated to their slowest pace of the year last quarter. Within that comps figure, investors should keep a close eye on international gains. While that segment is still just a small piece of the chain's broader results today, it's a major part of the long-term growth story. The division expanded comps by 3.4% in 2017 -- near the bottom of management's goal of between 3% and 6% annual growth. Executives are aiming to improve on that result in 2018.

A half century after it opened its first franchised store, Domino's is still firmly in expansion mode. It opened 1,045 locations last year to push its global footprint to just under 15,000. That boost included over 800 restaurants located in international markets.

Don't expect that expansion pace to slow anytime soon. Since they don't require much real estate to handle in-store dining, Domino's locations are small, efficient, and relatively easy to launch. That helps explain how executives can target adding between 6% and 8% to its store base each year. The "tremendous net store growth and incredibly low number of closures," CEO J. Patrick Doyle told investors in February, "helps validate that our long-term fundamental strength is well intact heading into 2018." Look for Doyle and his team to talk up that expansion strategy for the current fiscal year.

Domino's is expecting modestly higher prices on core ingredients like cheese in 2018. It passes those increases directly on to franchisees, though, which should keep its own profitability steady this year. Operating margin was 31.1% of sales last year, or about the same as it was in 2016.

Meanwhile, the company is working on refinancing its substantial debt load that, as of the end of 2017, stood at $3.15 billion, or just below management's target leverage range. The recapitalizing process isn't cheap, but it will free Domino's up to continue its aggressive expansion plans. Excess cash might even put the company in position to issue another special dividend or to speed up stock repurchase spending, now that its $1 billion accelerated repurchase plan ended its run in late 2017.