The parent company of Google kicks off 2018 with its first-quarter report on Monday. Here's what investors need to know.

OK, Google. It's officially earnings season again, and time to show investors what you're made of.

Google parent Alphabet (GOOG 2.70%) (GOOGL 2.62%) is set to release first-quarter 2018 results on Monday after the market close. With shares of the internet search behemoth down around 8% since it last reported in early February, now's a great time to take a closer look at what we should expect. 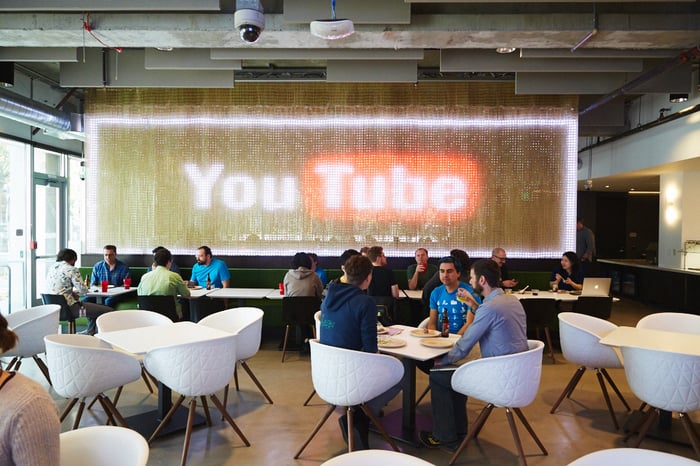 Alphabet doesn't provide specific financial guidance. But Wall Street tends to react, anyway, based on how the headline numbers arrive relative to its expectations. For perspective, consensus estimates predict that Alphabet will post quarterly earnings of $9.35 per share on revenue of $30.36 billion.

Still, keeping in mind that shares fell despite an all-around fantastic performance from Alphabet last quarter, take those figures with a grain of salt.

On Google's "second wave of growth"

To be fair, Alphabet management did admit last quarter that the costs of running its core Google segment have eaten into its profits. While revenue climbed 24% year over year, its total cost of revenues -- including traffic acquisition costs, or TAC -- grew an even faster 34%.

During last quarter's call, Alphabet CFO Ruth Porat also reminded shareholders that these investments are being made in order to drive a "second wave of growth within Google over the medium and long term" -- namely, as Google fosters high-margin cloud business, acquires content for YouTube, and invests in its thriving "Made by Google" hardware products. As these highly profitable non-advertising businesses continue to gain steam, they will help Google take some of the pressure off of its core advertising business.

That's not to say advertising can't hold its own. Recall that, in addition to hardware, YouTube, and the Play store, Google maintains a commanding market-share lead in online advertising through its massive Search, Chrome, Gmail, Maps, and Android products. As such, advertising will undoubtedly generate the vast majority of Alphabet's revenue and operating income once again this quarter.

To that end, expect Google to break down its advertising performance into both sales from its own properties (up 23.8%, to $22.2 billion last quarter) and revenue from network members' sites (up 12.6%, to nearly $5 billion in Q4). Google also will offer color on aggregated paid clicks (up 43% last quarter) and cost per click (down 14%). Note the latter -- which helps measure how much Google makes per ad -- might sound bad, but its declines are primarily caused by the fast expansion of YouTube, where Google's TrueView ads reach viewers earlier in the purchase funnel, so monetize at lower rates.

We can't forget Alphabet's other bets segment, which houses its smaller businesses with massive long-term potential. Many of these businesses are in the pre-revenue stage, and consequently, the pre-profit stage.

Nonetheless, other bets revenue last year jumped a solid 49% year over year, to $1.2 billion, mostly from sales of Nest-connected home products, Fiber internet, and Verily life-sciences solutions. Those sales generated an operating loss of $3.4 billion in 2017. That might sound discouraging, but it was a drop in the bucket compared to Alphabet's consolidated annual operating income of more than $26 billion last year.

All things considered, I don't expect any big surprises in this report, and certainly don't think Alphabet will break its habit of not providing quarterly revenue or earnings guidance.

But I will be listening closely to ensure Porat still believes that, after TAC climbs in the first quarter as a percentage of overall Sites revenue, Alphabet's rate of TAC growth should slow down beginning in the second quarter and as the year progresses. If that turns out to be the case -- and assuming all else goes as planned -- I suspect the market will be more than pleased.