In October 2017, chip giant Intel (INTC 0.89%) introduced its Coffee Lake family of processors for the desktop personal computer market. The key improvement that these new chips delivered was an increased core count from their predecessors for roughly the same price. 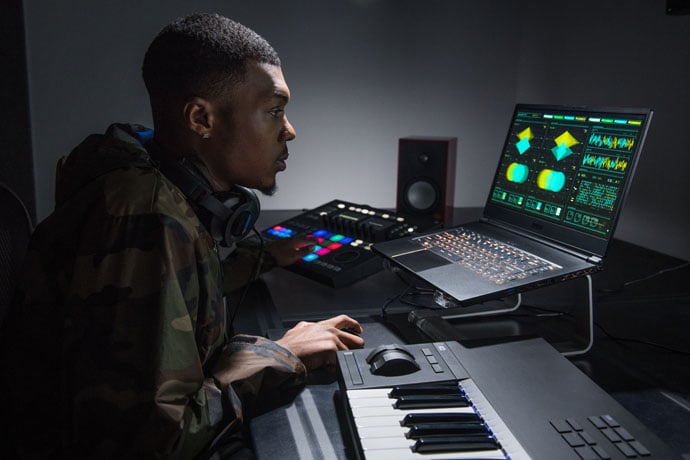 To deliver these additional cores, Intel had to increase the sizes of its chips. Increases in chip sizes, all else being equal, mean that the manufacturing costs of those chips move up.

In a few months, Intel is expected to introduce yet another derivative of its Coffee Lake processors, but this time with eight cores, up from the six found in the current top-end models. This processor is expected to help both spur replacement demand among current customers while also helping to bolster its positioning in an increasingly fierce competitive environment.

Let's go over the potential economics of this upcoming eight-core chip and what they'll mean for Intel's business.

It may be tempting to conclude that the eight-core Coffee Lake chip will cost 17.4% more to manufacture because it'll be around 17.4% larger than its predecessor. Though cost structure is positively correlated to chip size, it's not a linear relation.

This is because of the way that chips are manufactured. Chips are printed on circular silicon wafers. Every wafer produced has a certain average number of defects. Chips that contain defects are either sold as lower-end parts (assuming that the defective region doesn't kill the entire chip) or they're tossed out.

As chip size grows, the percentage of the chips that get hit with these defects goes up since you have a fixed number of defects spread out across fewer chips. This is one reason that chip manufacturing costs can go up by more than chip size increase.

Potentially offsetting this phenomenon, of course, is the fact that the 14-nanometer++ technology continues to mature (meaning that the defect density comes down), so while a six-core Coffee Lake will always be cheaper to build than an eight-core model, an eight-core model launched in June/July of 2018 may be at cost parity to a six-core model at launch in October of 2017.

For some context, Intel claimed that in going from 2016 to 2017, it saw a more-than-$1-billion reduction in 14-nanometer product manufacturing costs, likely reflecting improving yield rates. Intel executives have indicated that the yield rates on its 14-nanometer technology are nearly maxed out (so don't expect as dramatic an improvement in 2018 as what Intel delivered in 2017), but there's probably still room for a material improvement in 14-nanometer manufacturing costs year over year.

Ultimately, the eight-core Coffee Lake chip should be at least 17.4% more expensive to build than its current hex-core counterpart (probably more in the realm of 20-25% taking into account the chip manufacturing issues I outlined above). That's the bad news.

The good news is that Intel should be able to charge more for this eight-core part than it could the six-core part. Additionally, the eight-core part should improve Intel's competitive positioning, particularly as games and other applications increasingly take advantage of additional processor cores, which could lead to market segment share gains (or, at a minimum, a stemming of the loss that it's seen in recent quarters).

The total economic impact from the release of this eight-core part should be good for Intel, even if the chip costs a little more to manufacture than its predecessor did.