Please ensure Javascript is enabled for purposes of website accessibility
Log In Help Join The Motley Fool
Free Article Join Over 1 Million Premium Members And Get More In-Depth Stock Guidance and Research
By Isaac Pino, CPA – Apr 21, 2018 at 8:37AM

Bankruptcies abound in retail. Here's how the survivors can sharpen their competitive edge.

Last year was a brutal one for brick-and-mortar retailers. Twenty-one major outlets filed for Chapter 11 bankruptcy protection, according to RetailDive. And the industry is on pace to hit that number again in 2018: Six retailers have filed bankruptcy through mid-April.

The reasons are varied -- the rise of e-commerce, overbuilt malls, even a shift to restaurant spending -- and they've been covered well on this site and elsewhere.

This article is not about why retail's declining. It's also not about how you, as a shopper, may experience retail in the future through virtual reality, smartphones, or mobile stores. This is about a particular business model that could give companies a fighting chance of surviving the retail meltdown and how investors can spot potential opportunities before the rest of the world. 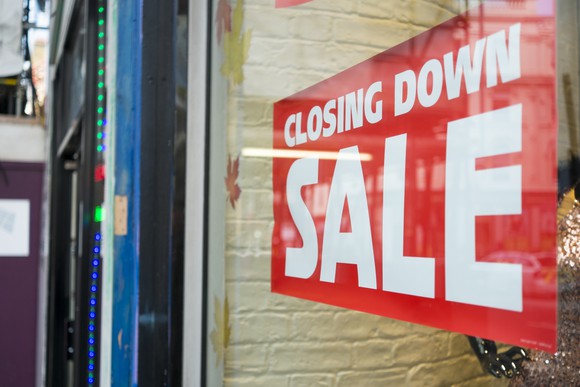 A quest for loyal shoppers

On the surface, retail is an approachable and relatable business. After all, we visit stores, shop online, and compare brands every single day. But wise investors have always been wary of this industry, generally due to one fundamental reason: Customers are fickle.

Even the best-known brands in the world -- think Nike (NKE 3.79%), an apparel icon for decades -- can suddenly show signs of weakness when, say, the important teen demographic clues in to adidas sneakers. The challenge is compounded by declining malls that fail to attract foot traffic as anchor stores drop like flies.

So what's a retailer to do? If the crux of the matter is customer loyalty, retailers need to find new ways of building a long-term relationship with their audience. And no, I'm not referring to social media. The most promising opportunity, in my opinion, lies in a fundamental shift of their business model: Retailers need to abandon their dependency on one-off customers and dramatic sales promotions, and do whatever they can to build what's called a membership model.

The best in the business have already done this, and there's no reason others can't follow suit.

The merits of the membership model

The membership model is not a new concept, but it's one that has been dramatically underutilized by retail. The low-price warehouse Costco (COST 1.76%), for example, has been crushing the market's returns for 30-plus years with its simple membership club formula. And if you need more evidence of Costco's merits, Warren Buffett's investing sidekick Charlie Munger has called it "one of the most admirable capitalistic institutions in the world."

Yet relatively few others have followed in its footsteps. Here's what they're missing out on.

A membership -- or subscription -- model opens up a wealth of possibilities for retailers, especially in the digital age. First, it provides highly coveted recurring revenue for the business, the value of which can hardly be understated. As any business owner will tell you, repeat customers -- whether it's traffic to a website or clients in a barber shop -- benefit the business by saving costs and the headache of nonstop marketing.

Starting from a base of subscribers beats starting from zero every month, season, or year. The focus shifts more heavily to delighting members, as opposed to scrambling to acquire new ones.

As a result, the valuation that investors place on a company with recurring revenue tends to be higher than they would on businesses without one: In the software-as-a-service industry, for example, business models with recurring revenue can fetch valuation premiums that are two times as high as those placed on highly similar businesses with one-off purchasing models.

Along the same lines, membership subscriptions provide visibility into the future, and a company can better estimate both revenue and the costs associated with bringing in that revenue. This, too, beats the pants off running a pivotal promotional event during a holiday week that could be dented by, say, a snowstorm.

Finally, memberships create loyalty. This can be a feeling -- i.e., customers feel "invested" in a company where they're a paying subscriber and thus use it more -- or create a more tangible cost -- as in, customers would incur switching costs if they decided to opt out.

Why it's the future

While a recurring revenue model is common in certain industries -- think of rented real estate, cable television, or cloud accounting software -- it's never been all that common in retail and consumer goods ... until now.

More and more companies are embracing this model, including upscale furnishings retailer RH (RH 4.50%). RH charges $100 for members to receive a 25% discount on regular-price items and a handful of other unique perks. It's simple, and customers may find it pays for itself quickly given the sticker price of RH's products. Perhaps that's why customers have embraced it: RH recently noted after only two years, 95% of its core business stems from its members. 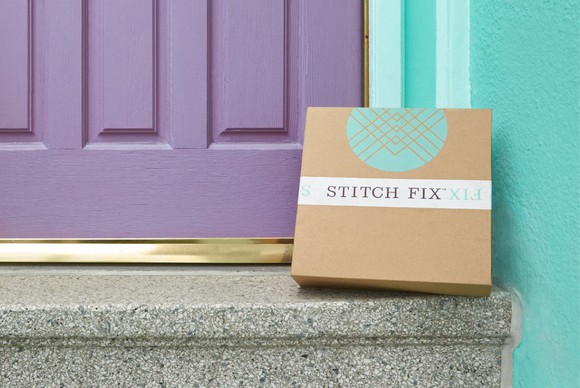 Younger companies are getting in on the game, too. Stitch Fix (SFIX 16.88%) sells tailored fashion in a subscription format. It starts out with a $20 styling fee that can be applied to purchases. Subscribers receive hand-selected garments delivered to their door at the frequency of their choice.

Dollar Shave Club, bought by Unilever (UL 2.61%) in 2016, offers membership as low as $5. Again, the margins may be thin on the products -- just like at Costco -- but that's made up by what hopefully becomes a longer, deeper relationship with the customer.

What to look for as an investor

The advent of a digital relationship with customers should only enhance the opportunity for membership models. Industry experts point to this new medium for engagement and salivate over the chance to regularly "surprise" customers with meaningful interactions and, perhaps more importantly, to collect data and deliver "mass customization." The latter would imply providing unique products or services at a large scale, something that's never really been possible without the use of technology.

As an investor, I would focus on a few things. First, I'd look at the brands that appear to have a highly engaged and specific audience. Dollar Shave Club has this. Even large companies, like Nike, can have this. Looking up a brand's Net Promoter Score is a great way to gauge that engagement.

Second, I would concentrate on companies that have simple subscription models that result in a commitment. Complicated loyalty programs fall short: They can get difficult to navigate quickly, and besides, they're usually free for the customer.

And finally, I'd follow the retention figures. Costco's, for example, hovers around 90%. That's an impressive benchmark, but anything in the high 80s is solid.

Retail isn't doomed. Retailers, however, must evolve. Creating a lasting relationship through a customer subscription model is a key way to counteract declining foot traffic and build a more viable business over the long run.

Why Gaming Stocks Jumped on Tuesday