Please ensure Javascript is enabled for purposes of website accessibility
Log In Help Join The Motley Fool
Free Article Join Over 1 Million Premium Members And Get More In-Depth Stock Guidance and Research
By Ashraf Eassa – Apr 21, 2018 at 10:31AM

Intel should adopt a three-strikes rule.

For many years, chip giant Intel's (INTC 0.89%) internal chip manufacturing technology had been a source of strength. The company's teams consistently developed more advanced technologies than what the competition could and brought those technologies to market earlier than they did.

Over the last five years, though, the company's manufacturing technology has gone from an asset to a liability. Intel's competitors are moving at a much faster pace than Intel is, something that has eroded the chip giant's advantage in chip manufacturing over the years. 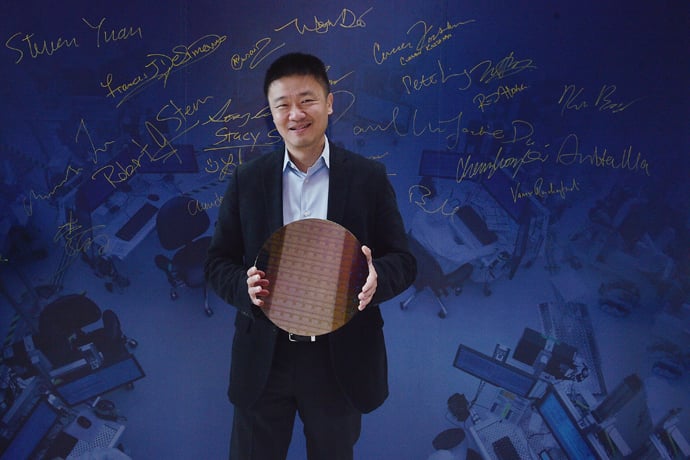 Beyond that, Intel's manufacturing stumbles have led to significant product delays and cancellations, stifling the company's product-level innovation and weakening its competitive positioning.

Put bluntly, I'm still shocked by how poorly things have been going for Intel's manufacturing group.

This leads me to think that Intel should, at the very least, consider spinning off or shutting down its internal manufacturing operations and rely on third parties for chip manufacturing work going forward.

A question I'd like to provide my thoughts on is this: When should Intel throw in the towel on its own manufacturing efforts?

If 7-nano flops, it should be game over

Intel's struggles began with its 14-nanometer technology, which was delayed by about six months. Not only was the technology late, but by the time Intel brought it into mass production, the yield rates were so low that the company's gross profit margins were negatively (and significantly) impacted.

In both 2016 and 2017, Intel reported significant cost reductions as it has improved the yield rates on that technology.

Although things didn't go very well with 14-nanometer, they've been downright disastrous with 10-nanometer. Back in late 2013, Intel told investors that it expected its 10-nanometer technology to be ready for mass production by the end of 2015, presumably for product launches in the first half of 2016.

Now, after multiple delays, Intel is talking about first 10-nanometer product availability sometime in the second half of 2018 (though I expect these will be low-volume parts shipped solely for the sake of Intel claiming they met their targets).

What I would propose to Intel's management and board of directors, is the following strategy: If the development of Intel's 7-nanometer manufacturing technology doesn't go much more smoothly than the development of 10-nanometer, then the company should view this as a sign that things are so badly broken within the company's manufacturing organization that it's best to just abandon the effort altogether.

Making such a decision wouldn't be easy, especially given how intertwined Intel's product development groups and its manufacturing group are, but management and the board of directors need to make pragmatic decisions that maximize Intel stockholder value.