Please ensure Javascript is enabled for purposes of website accessibility
Log In Help Join The Motley Fool
Free Article Join Over 1 Million Premium Members And Get More In-Depth Stock Guidance and Research
By Steve Symington – Apr 23, 2018 at 9:00AM

The glass technology leader will deliver first-quarter results this week. Here's what to watch.

Corning (GLW -2.03%) is set to announce first-quarter 2018 results on Tuesday, April, 24. With the stock down more than 20% from its 52-week high despite last quarter's better-than-expected release in late January, the market will be watching closely to see what the glass technologist has to say this time around.

Let's see what investors should look forward to when Corning's report hits the wires. 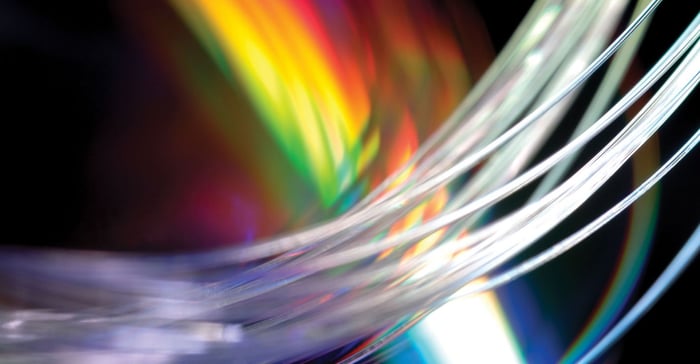 Though we don't usually pay close attention to Wall Street's demands, consensus estimates predict Corning will turn in quarterly core earnings of $0.30 per share on revenue of $2.5 billion.

The company also recently marked the halfway point of its four-year strategic and capital allocation plan, which was initially launched in late 2015. Through that plan, Corning has already returned more than $9 billion (of a $12.5 billion goal) to shareholders through dividends and repurchases, and remained on track to invest at least $10 billion in the business through strategic acquisitions and capturing future growth opportunities. Expect management to offer an update on its progress toward these goals during this week's conference call.

Management may not issue overall financial guidance each quarter, but it does typically provide clarity on the expected annual performance for each of Corning's business segments.

At optical communications -- Corning's single largest segment -- management currently expects sales to climb roughly 10% year over year in 2018 (from $3.5 billion in 2017), excluding incremental sales from its recent $900 million acquisition of 3M's communications markets business. This growth should be driven primarily by large enterprise and carrier customers as they invest heavily in their respective next-generation fiber and cable networks. Prior to the 3M acquisition, management had told investors that it believed Optical had the potential to become a $5 billion business by 2020.

Corning's second-largest segment is display technologies, driven by specialized glass substrates for LCD displays. Still, LCD glass prices have steadily declined in recent years, albeit at a moderating pace, as LCD display glass volumes continue to increase -- core sales for the segment fell 6% year over year last quarter, bringing full-year sales to $3.4 billion. But Corning most recently stated that it believes LCD glass price decreases will moderate further to a mid-single-digit percent drop this year. But much of these declines should be offset by a combination of increases in LCD glass market demand and the impending production ramp at Corning's new Gen 10.5 glass substrate facility.

On smaller segments (with huge potential)

Corning's specialty materials segment is significantly smaller, with sales last year climbing 25% to just over $1.4 billion. But management's guidance for this business -- which most notably includes its popular Gorilla Glass line of cover glass products -- was arguably the biggest reason that Corning stock fell after last quarter's report. More specifically, investors were told to expect that specialty materials revenue this quarter will likely fall 10% year over year, primarily as some brands were aggressively building inventory of Gorilla Glass near the end of 2017 to support their new product launch cycles.

That said, Corning didn't offer specific guidance for specialty materials in 2018, noting that the rate and pace of its growth will depend on how fast customers adopt its newest products. So listen for any updates to that end.

Next, Corning's environmental technologies sales should grow in the high-single-digit percent range from just over $1.1 billion in 2017, assuming continued strong demand for ceramic particulate filter substrates in the heavy-duty diesel markets and momentum for Corning's new gas particulate filters. Management believes the latter could grow into a $500 million annual business over the next several years.

And finally, at Corning's smaller life sciences segment -- which sells laboratory equipment and the like -- the most recent outlook calls for sales this year to increase in the mid-single-digit range from $879 million in 2017.  Note, however, that this doesn't include sales from Corning's new Valor Glass pharmaceutical packaging solution, which it introduced last July.

But don't underestimate Valor Glass. According to Corning CEO Wendell Weeks during last quarter's call, Valor Glass holds the potential to become a "long-term multi-billion dollar franchise" and could "power Corning's growth for the next decade" in the life science vessels platform market. Weeks also promised more information on Corning's planned investments this year in high-volume manufacturing for Valor Glass.

Corning has built an enviable stable of businesses centered on glass, the largest of which tends to be relatively predictable. Thus, putting aside the prospect for a continued lack of visibility for its smaller businesses (namely specialty materials), I don't expect any big surprises in Corning's consolidated results this week.

Nonetheless, you can be sure we'll be digging deeper regardless of how the market responds.