Anyone who regularly calls for takeout has likely had an order screwed up due to human error. You want two large pizzas, extra pepperoni, light cheese, and instead, your pies arrive light on the pepperoni and heavy on the mozzarella.

These situations can be frustrating, not least because of the time involved. If you decide to reject the order, you have to call the company back, then wait for the correct (hopefully) meal to show up. That's the sort of hassle that sometimes leads to people picking the unwanted pickles off their burgers, or deciding that they can live with the General Tso when they wanted the Kung Pao.

Domino's (NYSE:DPZ) understands that pain. The company, which now makes more than 65% of its U.S. sales via digital platforms, built it business on old-school telephone orders. That method, of course, is still in play, but the pizza chain has something it hopes will work better that it's testing in a select group of stores. 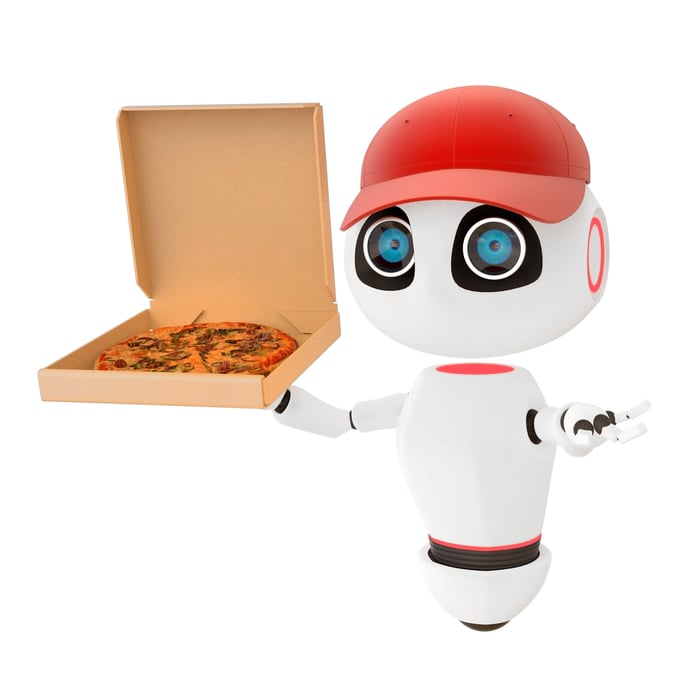 Domino's introduced its AI-powered virtual-ordering assistant, DOM, in 2014. Now, the company is giving DOM a chance to take telephone orders.

"Artificial intelligence provides great learning platforms that will enable us to do more to deliver convenience for our customers and better job experiences for our team members," CEO J. Patrick Doyle said in a press release. "With DOM on the phones, our AnyWare ordering technology, and plans we have for future in-store technology, our goal is to one day be 100% digital."

Using DOM to answer phones was first tested in a small number of company-owned stores. After the initial feedback from both customers and employees was positive, the test was expanded to 20 stores, and there are plans to roll it out to more sites over the next few months.

"While many of our orders come via digital platforms, there are still millions of customers who like to call in their orders directly to their local stores," said Domino's Chief Digital Officer Dennis Maloney in the press release. "DOM can now take those orders, freeing up our store team members to focus on preparing orders and serving customers already in the lobby."

DOM will also be able to answer calls from customers checking on the status of their orders, using the incoming phone numbers to identify the orders.

A win for consumers and the company?

While Maloney's statement implies that Domino's intends to redeploy its former order-taking workers to other tasks, the reality is that automation eventually should allow the chain to lower headcount in stores. That may not be the chief initial benefit, but more work done by AIs and robots means less work for humans, once the initial glitches are worked out of the system.

That's good for the company, but DOM and any future AI-based order-taking systems should also be good for consumers. If a smart computer system can increase the percentage of orders that are taken correctly, that'll remove a major pain point, and should increase customer satisfaction.

In addition, not having to talk to a live person may lead to folks placing more glutinous orders. DOM won't be programmed to silently judge you for asking for triple bacon and double cheese on your extra-large pizza, nor will the AI comment when you order multiple sides, sodas, or anything else.

For this to work, Domino's needs to get the tech right -- but that's something this company has been very good at. It's likely that when this rolls out nationally, the chain will have a more accurate order-taking system that cuts much of the chance for human error out of the equation.