Although chip giant Intel (INTC -3.08%) manufactures most of its products internally using its own manufacturing process technologies, the company still outsources the production of some products to its key rival, Taiwan Semiconductor Manufacturing Company (TSM -3.94%).

Over time, though, Intel has sought to bring those products internal. For example, Intel's XMM 7360 and XMM 7480 LTE modems (shipping now) that power the iPhone 7-series and iPhone 8/X-series smartphones, respectively, are currently manufactured by TSMC, but the next-generation modem, known as the XMM 7560, is slated to be manufactured using Intel's own 14nm technology. 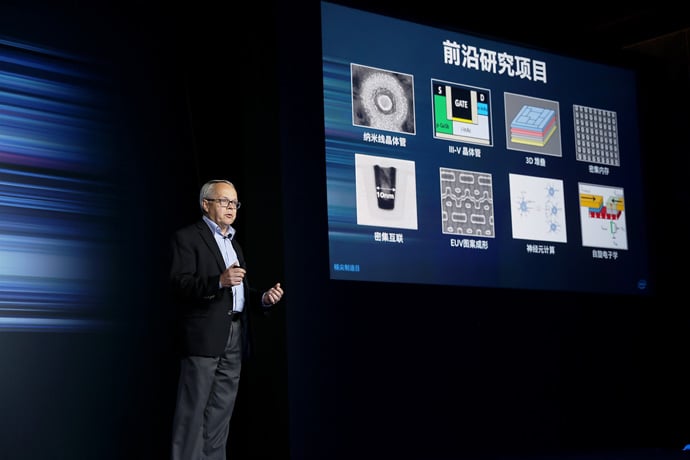 The company has indicated that it plans to use this technology both for internally designed products as well as products manufactured by third parties.

In this column, I'd like to go over two of Intel's product lines that I expect the company to migrate to 22FFL.

Intel's cellular solutions incorporate both a modem (think of this as the brains of the solution that handles all of the signal processing) as well as a transceiver chip (this handles both the receipt and transmission of radio signals).

Historically, Intel has outsourced the manufacturing of both the modem and the transceiver chip to third parties, though as I mentioned above, the company's next modem will be manufactured using its own 14nm technology.

A potential use case for Intel's 22FFL technology, then, would be to manufacture transceiver chips for future Intel cellular solutions. According to an analysis of the 22FFL technology performed by WikiChip's David Schor, 22FFL has quite good analog performance, which is critical to supporting the manufacture of a product like an RF transceiver.

One area Intel has been talking about -- and investing heavily in -- is its non-volatile memory solutions group, or NSG for short. This group mainly builds solid-state storage drives for both data center and consumer use cases.

Given that Intel pitches 22FFL as a step up from current third-party 28nm technology (which is broadly used to build solid-state drive controllers by other industry players), I could see Intel migrating its internal controller designs to in-house manufacturing using 22FFL.

Moreover, if Intel ever decides it wants to stop using third-party controllers for its consumer drives and design its own controllers for such products, 22FFL would seem like an ideal technology choice to build those controllers on.

If 22FFL is as cost-effective and as power-efficient as Intel claims, then Intel would be mad not to use it to build its own solid-state drive controllers with it.

As an added bonus, if 22FFL is truly superior to the competition's offerings, then Intel may want to aggressively court other solid-state drive controller makers to use 22FFL to give its struggling contract chip manufacturing business a much-needed boost.