And CEO Jeff Bezos says more perks are on the way for Prime members who shop at Whole Foods.

Bezos' comments came in his annual letter to shareholders, sent on April 18. He wrote that the company had started "the technical work" needed to bring more perks to Prime members who shop at Whole Foods.

Exciting changes have already rolled out since Amazon scooped up the grocer last June. Some benefits are for Prime members only, while others are available to everyone. 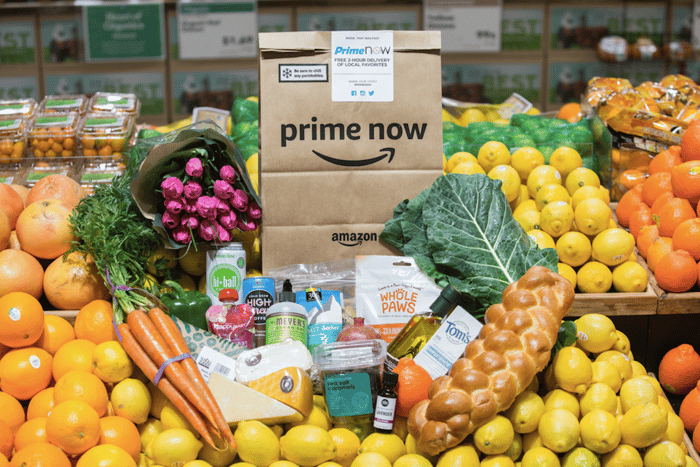 Amazon didn't wait around to bring down the famously high prices at Whole Foods. The day Amazon announced the closure of its Whole Foods acquisition on Thursday, Aug. 24, it simultaneously announced that the grocer would start offering lower prices the following Monday. While some complained that prices weren't cut on enough items at Whole Foods, a number of popular foods, including avocados, salmon, and organic eggs, all saw their prices reduced.

But Amazon wasn't done: It followed that up with a second round of price cuts in November. According to Bezos, orders from Amazon Prime members that month helped break Whole Foods' all-time record for the amount of turkeys sold during the Thanksgiving holiday.

It was important for Amazon to lower prices at Whole Foods because the grocer had been criticized for its high prices, while Amazon aims to bring quality items to the masses at reasonable prices.

In addition, Whole Foods' prices were holding back its growth. While Whole Foods revenue has been increasing since 2012, its revenue growth had decelerated from 15.7% in 2012 to just 1.9% in 2017, according to eMarketer. But Amazon's magic touch is already working; Whole Foods' revenue growth went from 0.6% in the 2017 third quarter to 4.4% in the 2017 fourth quarter. That's likely due to the excitement surrounding the acquisition, as well as the reduced prices. Whole Foods' revenue growth got a boost in the 2017 fourth quarter thanks to Amazon. Source: eMarketer.

In February, Amazon started offering Prime members free two-hour delivery from Whole Foods on orders over $35. The service is currently available in only seven U.S. cities, but Amazon said it plans to expand it across the U.S. this year. As an added bonus, Prime members who use the Amazon Prime Rewards Visa Card can get 5% back when they shop at Whole Foods.

Added incentives like reduced prices, 5% back, and -- more recently -- free two-hour delivery also help explain why Whole Foods' revenue shot up 4.4% year over year to $3.65 billion in the fourth quarter.

With its Whole Foods purchase, Amazon gained 479 brick-and-mortar locations across the U.S. and the United Kingdom. Amazon immediately made use of them by designating a section in over 100 of the stores as a showroom for its Alexa devices, including the Amazon Echo and the Amazon Dot.

Displaying the devices in Whole Foods allows people to try the Alexa products and get comfortable with them before making a purchase. Amazon knows that people may be willing to buy toothpaste on its platform without testing it out, but they're often more wary of making bigger purchases online without seeing the item in person.

4. Amazon offers pickup and return of its shipments at Whole Foods

In another example of integrating Whole Foods into its growing empire, Amazon now allows people to pick up or return Amazon packages at Whole Foods. Customers use the Amazon Lockers that are currently set up in hundreds of Whole Food locations.

Amazon aims to weave itself into every aspect of our lives by making things easier for us with convenient and affordable shopping methods. And as much as people might like to resist giving in to a big company that some accuse of becoming a monopoly, not many can resist free two-hour delivery, easy returns, or reasonably priced (ripe) avocados.

With these four big changes coming in the first eight months after the deal was sealed, it's easy to see why other grocery players like Walmart, Kroger, and Target have all been scurrying to step up their game so they aren't left behind.

Walmart CEO Doug McMillon used to say that Walmart's physical store locations were something Amazon didn't have, and he planned to use them to the company's advantage. But that argument no longer holds up -- Amazon controls 479 brick-and-mortar Whole Foods locations, and it's not afraid to use them.