The regional theme park leader kicked off 2018 on a high note. Here's what investors need to know.

Shares of Six Flags Entertainment Corp. ( SIX 3.14% ) were up 8.8% as of 2 p.m. EDT Wednesday after the theme park operator announced better-than-expected first-quarter 2018 results.

Six Flags' revenue grew 30% year over year to $129 million -- a new record for the first quarter -- driven by a 27% increase in guests thanks to additional operating days at certain parks, as well as a successful pricing strategy and international licensing. That translated to a net loss of $62.3 million, or $0.74 per share, primarily as most of Six Flags' parks were not scheduled to be open during the first quarter.

Of course, this might not sound encouraging at first. But analysts, on average, were expecting a wider loss of $0.80 per share on revenue of $119.4 million. 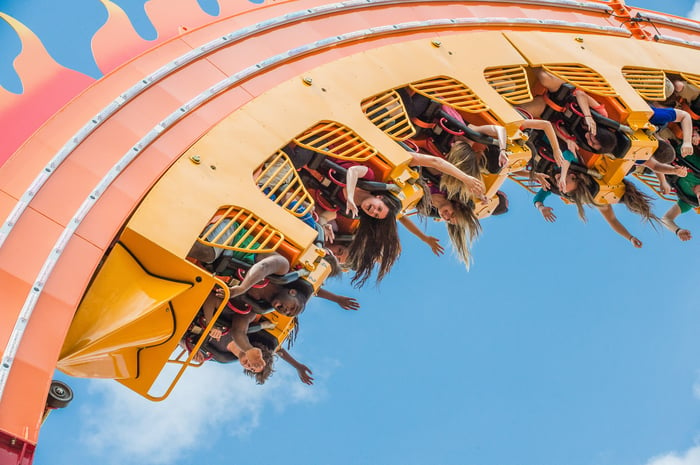 "We are firing on all cylinders as we made excellent progress in the quarter against each of our five growth initiatives," stated Six Flags Chairman and CEO Jim Reid-Anderson. "With our record-high Active Pass Base, ongoing price increases across all ticket and culinary programs, growing dining pass penetration, new water park openings and new international licensing agreements, we are poised to deliver another record year of financial performance in 2018."

Specifically, Six Flags' Active Pass Base -- that is, the number of guests who have purchased a season pass or who are enrolled in its membership program --  increased 10% year over year to a new all-time high. Six Flags notes that season pass holders and members are consistently its "most loyal and valuable guests," providing a platform for recurring revenue and an effective hedge against inclement weather that might otherwise reduce sales.

Looking further ahead, Reid-Anderson added that the company is "laser-focused" on achieving adjusted EBITDA of over $600 million this year, and continues to work toward its "long-term aspirational goal" of reaching $750 million of adjusted EBITDA by 2020.

In the end, given its strong showing even in this seasonally slow period, Six Flags appears to be nicely positioned to have a stellar year as its parks begin to open. And it's no surprise to see the stock rallying in response today.