Please ensure Javascript is enabled for purposes of website accessibility
Log In Help Join The Motley Fool
Free Article Join Over 1 Million Premium Members And Get More In-Depth Stock Guidance and Research
By Jeremy Bowman – Apr 25, 2018 at 11:43AM

Shares of the hotel-booking platform plunged as the company posted a decline in revenue and cut its guidance for the year.

Shares of Trivago N.V. (TRVG 3.48%) were heading south today as the hotel-booking specialist issued another disappointing earnings report and lowered its outlook for the year. Following a spike early last year, revenue growth continued to decelerate and turned negative in the first quarter. As of 10:25 a.m. EDT, the stock was down 20.5%.

Trivago said revenue in the period declined 3% to 259.4 million euros ($316 million as of April 25, 2018), in line with analyst expectations, however it would have increased 5% in constant currency. Qualified referrals, or clicks to its partners' listings, increased 7% in the quarter, indicating that the underlying business continues to grow. However, revenue per qualified referral fell as the percentage of bookings Trivago gets for advertisers declined and partners focused on profitability rather than market share, which has become a pattern. 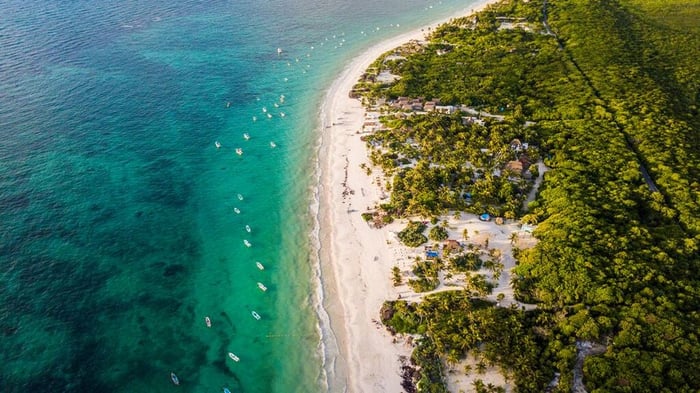 On the bottom line, the company reported a loss of $0.07 per share as costs rose across the board with selling and marketing expenses, its biggest category, increasing 10.9%. That compared to estimates of a $0.01 per share loss.

CEO Rolf Schromgens argued that recent investments would pay off later in the year. "Over the course of 2017 we invested heavily into building up both our team and technology to promote long-term growth," Schromgens said. "While impacting our operating costs, we believe the effects of this investment will become increasingly visible."

What really seemed to send Trivago shares lower was the company's decision to slash full-year guidance. In its previous report, management had projected 2018 revenue growth of 5% to 10% for the year, but now sees flat revenue for the year, expecting another decline in the second quarter before a return to growth in the second half of 2018. On the bottom line, management forecast an adjusted EBITDA loss of 25 million euros to 50 million euros, lower than its previous guidance of "slightly negative."

Shares hit an all-time low on the news, approaching $5, but if the company can deliver solid revenue growth later in the year, this sell-off could prove to be a buying opportunity.