Autoliv's (NYSE:ALV) financial results for the first quarter came in about as expected, with organic sales increasing less than 1% and an operating margin of around 9%. That sales growth, while meager, was enough to push sales and gross profit to record levels, especially when factoring in some positive impacts from foreign exchange. Because of that, the company remains on pace to hit its full-year targets, as well as to complete the spinoff of its electrics segment into a standalone company to be called Veoneer in the third quarter. 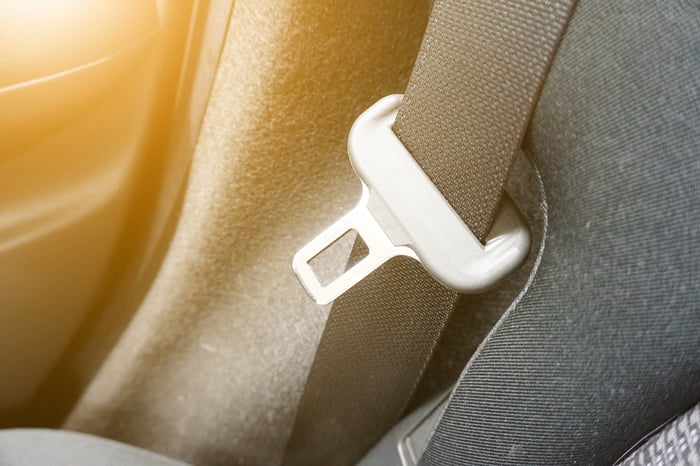 Results came in about as expected.

The first quarter 2018 was a solid quarter with record sales and record gross profit. Adjusted operating margin was in line with guidance and I am pleased that it improved year-over-year for the second consecutive quarter. Operating cash flow is seasonally lower in the 1st quarter but the quarter was also effected by unfavorable timing effects. On a full year basis, excluding separation effects, we expect operating cash flow to be on the same level as last year.

As Carlson noted, the quarter essentially met expectations, though the results did lean toward the lower end of guidance. Further, he pointed out that while cash flow was down during the quarter, the company views it as being about level with last year after adjusting for the additional costs of spinning out Veoneer.

Due to the spinoff coming down the road, Autoliv is not providing any guidance for the second quarter. However, it did repeat its full-year forecast for both segments. In passive safety, the company expects organic sales to rise by 10%, while in electronics, it predicts a decline of around 3%. The company did say that it would update its guidance after it completes the spinoff.