Please ensure Javascript is enabled for purposes of website accessibility
Log In Help Join The Motley Fool
Free Article Join Over 1 Million Premium Members And Get More In-Depth Stock Guidance and Research
By Lee Samaha – Apr 27, 2018 at 9:14AM

The big question surrounding industrial supply companies right now is when exactly strong revenue growth will begin to lead to margin expansion. Unfortunately, the question was no closer to being answered following WESCO International Inc.'s (WCC 2.59%) first-quarter earnings report. WESCO's end markets are improving strongly, and management increased its full-year sales and earnings guidance, but margin performance remains disappointing. Let's take a closer look at what happened in WESCO's first quarter and at its margin outlook. 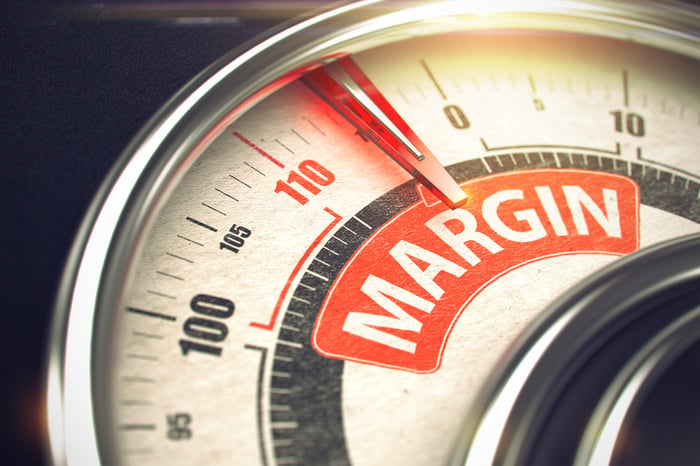 Let's start with the headline numbers from the quarter:

It's a good set of results, and a quick look at organic sales trends shows broad-based strength and ongoing growth. 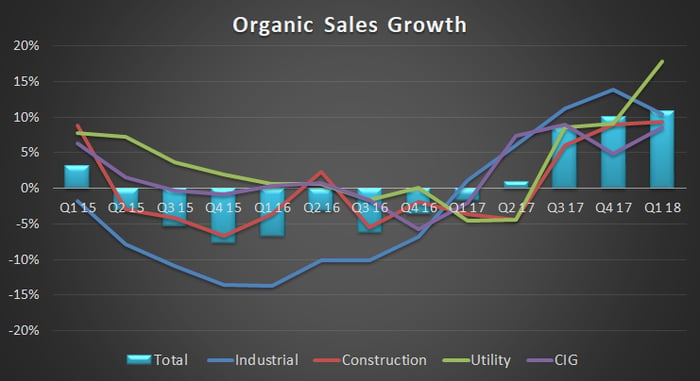 What's going on with WESCO's margin

There are two key margin figures to look at, namely gross margin and operating margin. In a normal upturn, you would expect a company like WESCO to be able to increase both margins -- as pricing power improves, gross margin should rise. Similarly, increased sales should allow the company to grow operating margin as operating leverage kicks in.

Unfortunately, WESCO isn't seeing the positive impacts on margin quite yet. In fact, both margins declined in the first quarter, with gross margin down to 19.1% from 19.7% in the same period last year, and operating margin down to 3.7% from 3.8% on the same basis. The following chart shows the trailing-12-month margin performance. 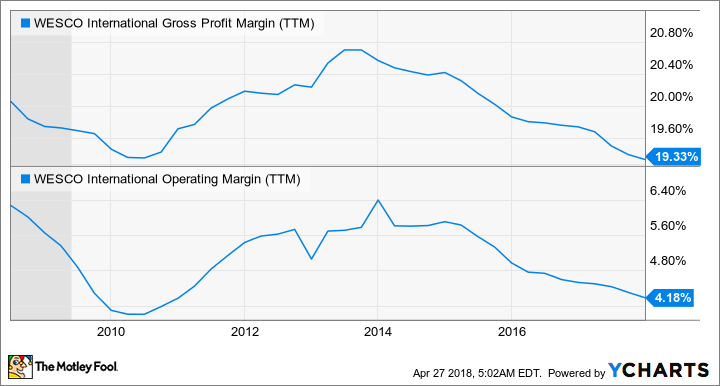 What management said about it

Naturally, the subject came up on the earnings call, where management sought to allay fears. Regarding the disappointing gross margin performance in the first quarter, CFO Dave Schulz pointed out two factors:

Schulz further outlined that, excluding the reclassification, gross margin had increased compared to the previous quarter.

Turning to operating margin, Schulz told investors that WESCO took a $3 million hit to operating expenses in the quarter from a "charge related to the foreign currency remeasurement of a financial instrument that occurred at the beginning of 2018." If you exclude the charge, WESCO's operating margin of 3.82% would have represented a slight increase over last year's first-quarter figure.

The key issue on margin

Much depends on whether WESCO can expand gross margin by passing on price increases from its suppliers. It's a popular topic right now, as rising raw material costs have pressured the margins of many industrial companies. On a positive note, CEO John Engel feels that "we're beginning to have the ability to do a more effective job of pushing these pricing increases through" -- and it's worth remembering that "we have not updated the [annual revenue guidance] based on pricing," according to Schulz.

In other words, if WESCO can improve pricing going forward, then there could be upside to its margin guidance -- something to look out for in the coming quarters.