Shares of BJ's Restaurants, Inc. (NASDAQ:BJRI) were flying higher today after the casual-dining chain posted strong first-quarter results. BJ's beat estimates on the top and bottom lines on the back of solid comparable sales growth and showed promising momentum for the rest of 2018. The stock was up 12.7% as of 2:31 p.m. EDT Friday. 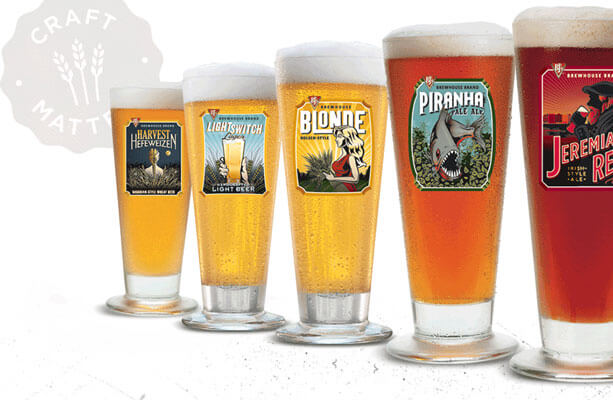 The brewhouse chain said comparable sales increased 4.2% in the quarter, a strong clip after same-store sales fell five out of the last six quarters. Customer traffic was up just 0.4% in the period; the bulk of the comps growth came from an improvement in the sales mix as more customers ordered from the higher-end slow-roasted menu and took advantage of Daily Brewhouse specials.

Overall revenue increased 8% to $278.5 million, ahead of estimates, and lower food costs and improved leverage from comparable sales growth helped drive an increase in profitability for the first time in several quarters. Operating margin increased 90 basis points to 5.9%, and adjusted earnings per share jumped from $0.42 to $0.67 with the help of the new tax law, beating the consensus at $0.53.

CEO Greg Trojan credited recent improvements in the menu and service, saying the strong performance was "led by our slow roast menu items, Daily Brewhouse Specials, our handheld server tablets and investments in our off-premise channels."

Management also said it was feeling a tailwind from the strong economy as more middle-income customers were visiting its restaurants. The company did not issue guidance, but said that comparable sales were up 6% thus far in the second quarter, a sign that momentum from the first quarter is building. Management also said that new stores were performing well, and expressed all-around optimism for 2018.

After its second consecutive post-earnings surge, the stock is now up 53% so far this year and looks poised for more gains if the comparable sales growth continues. The casual-dining chain is looking stronger than it has in years.