Please ensure Javascript is enabled for purposes of website accessibility
Log In Help Join The Motley Fool
Free Article Join Over 1 Million Premium Members And Get More In-Depth Stock Guidance and Research
By Kimberly Schrant - Updated May 7, 2018 at 9:50AM

Despite tax reform, Roth IRAs are still full of benefits you shouldn’t pass up.

Roth IRAs (Roths) have been around for about 20 years, but many people have never considered a Roth. According to RothIRA.com, only 36% of folks have contributed to one. Roth IRAs did take a slight beating under the recent tax reform. Specifically, the ability to undo Roth conversions as a tax-planning vehicle to reduce year-end income was removed.

But the benefits of a Roth IRA are still too good to pass up. Here are five reasons you should still consider a Roth IRA, even after tax reform. 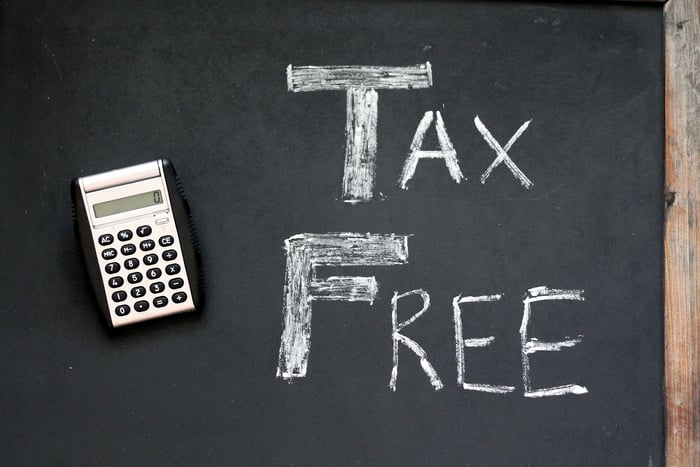 Most people think of Roth IRAs only as a way to save for retirement. But it can also be a way to save for higher education. There is a provision in the rules that allows you to take a distribution from an IRA for qualified higher education expenses. For a Roth IRA, if those distributions are not from the money that's been earned but just from the funds contributed, the distribution is tax-free. If you use earnings, there's not a penalty, but you do have to pay tax on them.

Compare this to education IRAs, which are also called Coverdell Education Savings Accounts (ESAs). If your income is over $220,000 (if you're married), you can't contribute. If you can contribute, the limit is $2,000, compared to at least $5,500 for a Roth. Also, with an ESA, if the money is not used for education, it must generally be distributed within 30 days after the beneficiary's 30th birthday. With a Roth, if the money is not used for education, you can simply leave it in the Roth. Compared to an ESA's limitations, a Roth's flexibility can look pretty sweet.

Another sometimes overlooked feature of the Roth is the ability to withdraw up to $10,000 for a first-time home purchase. It's not a tremendous amount, but the definition of "first time" is quite lenient. In this case, even if you've purchased a home before, you still qualify as long as you haven't purchased a home for at least two years. The rules work the same as the higher-ed distribution: no penalty. But, if it comes out of earnings, you do have to pay the tax. Just be aware: While you could potentially use this provision more than once, the total withdrawn can never go over $10,000. So if you took a $6,000 distribution one time and became eligible again, you couldn't distribute more than $4,000 the next time.

This isn't my favorite way to either use a Roth IRA or to have an emergency fund. But in a pinch, it'll work. You can always withdraw the contributions, not the earnings, from a Roth tax-free. This is why you could use the money in an emergency and not be hurt with taxes. But, really, this should be a last resort. The power of a Roth is in its ability to grow tax-free. And if you're taking money out of it, you're losing that power. If you need to have your Roth be your emergency fund, make it as temporary a situation as you can. Get a real emergency fund and let the Roth stay healthy. Your future self will love you for it.

4. Setting up a kid for life

If the previous way to use a Roth was my least favorite, this one is my top pick. If you pay attention to the investments and focus on long-term growth, the numbers here can be incredible. And all tax-free. You're going to wish your parents had done this for you.

Here's how it works. Say your child is 15 years old and they work a job that pays them $5,500 for the year. This allows them to make a Roth contribution. You could even help them with making the $5,500 contribution. Do that for six years, and you've deposited $33,000. Now, assuming they can leave it alone after that, and they pay attention to the investments inside it, the Roth can grow exponentially. If an 8% annual return can be maintained for 40 years, the result is nearly $1 million. Let it ride five more years, and it's close to $1.4 million, all tax-free thanks to the power of compounding.

You don't have to stop contributing after six years, either. Get your child in the mode of contributing every year and they can build the nest egg to several million dollars by the time they can start withdrawing. Think how that might change the way a person approaches life and the opportunities that might be available.

5. Leaving it to heirs

Another great thing about Roth IRAs is that they're also tax-free to heirs. Talk to any person who's ever inherited a traditional IRA, and you'll find that sometimes the taxes they had to pay took quite a chunk, and the net amount received was substantially diminished. Not so with the Roth. Distributions become "qualified" after a person has held a Roth at least five years. So, assuming the distributions are "qualified," these are tax-free forever. So, whatever the heirs get, they can keep.

Also unlike a traditional IRA, a Roth has no required minimum distribution when you reach age 70 1/2. That means you don't ever have to take anything out of the Roth if you don't need to; you can let the balance ride. So, if the plan is to leave the Roth to your beneficiaries, you can just let it build up, providing the most significant balance possible. What a gift that could be for your heirs.

Put a Roth into your retirement toolkit

If your income is over $120,000 and you're single ($189,000 if you're married, filing jointly), you're subject to limitations on making a regular Roth contribution.  So, the income limits can be a bit sticky for some. But if you're over the limit, consider a backdoor Roth. It's a way for virtually everyone younger than 70 1/2 (if you or your spouse have sufficient earned income) to be able to participate. In a nutshell, it's first contributing to a non-deductible traditional IRA. Then, shortly afterwards converting the balance to a Roth IRA. But know the rules before you do it, especially if you already have a balance in a traditional IRA.

Roth IRAs are potent tools, so don't overlook them. With all the flexibility they provide and tax-free income, if you stay within the rules, these are not something to skip. Start one up, stay consistent with maxing it out every year, and you won't be disappointed. If you have school-age kids, get them started. You could change their lives, really giving them more choices about what they want to do with their futures. When you think about it, there's not a lot of downside to a Roth IRA.