CEOs of Canadian marijuana growers look like they're trying to defy the laws of supply and demand -- at least at first glance.

It's not easy being a CEO. And it's not easy to become one, especially of a company valued at $1 billion or more.

Both of these facts are important to remember when you evaluate the actions of the CEOs of Aphria (NASDAQOTH: APHQF), Aurora Cannabis (ACB 0.82%), Canopy Growth (CGC 6.59%), Cronos Group (CRON 3.90%), MedReleaf (NASDAQOTH: MEDFF), and other top Canadian marijuana growers. These men face plenty of challenges leading their companies in a rapidly changing market.

But there's a serious question that I think demands an answer: Are these CEOs absolutely, positively crazy? 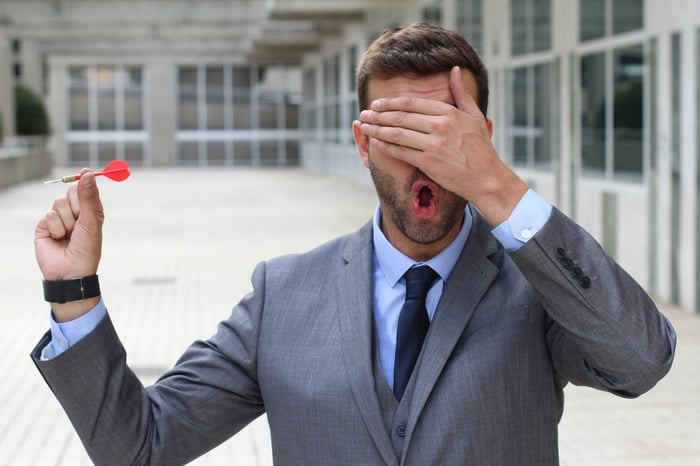 You've probably heard of the lemming. It's a mouse-like rodent that gained a reputation decades ago for a bizarre behavior: following other lemmings over a cliff and dying. Some might wonder if the CEOs of major Canadian marijuana growers are perhaps behaving like lemmings and following each other off a cliff.

All of the big marijuana growers are scrambling to increase production capacity. Aphria CEO Vic Neufeld led his company to complete two of the largest acquisitions in the history of the marijuana industry. Earlier this year, Aphria bought Broken Coast Cannabis. The company also recently completed its acquisition of Nuuvera.

In February, MedReleaf bought a 1 million square foot greenhouse facility in Ontario. Canopy Growth began its dealmaking in 2016 with the acquisition of Mettrum Health. But the biggest deal of all was Aurora Cannabis' initially hostile, then friendly, takeover of CanniMed Therapeutics.

Some companies are also partnering to add capacity. For example, Canopy Growth signed a supply agreement with Sunniva Medical to purchase cannabis.

And they're all expanding facilities to be able to grow more marijuana. Cronos Group is adding on to its Peace Naturals facility. Aphria is expanding its Aphria One facility and retrofitting its even larger Aphria Diamond facility. Aurora is building its Aurora Sky facility and recently announced even more expansion plans. Canopy Growth, Cronos Group, and MedReleaf are also adding capacity through expansion efforts.

But isn't all of this production capacity a good thing? Not if supply exceeds demand. Just as lemmings jumping over a cliff can't defy the law of gravity, marijuana growers can't defy the laws of supply and demand. If supply outstrips demand, prices will fall. And so will the stock prices for all of these companies.

The potential for pot

Currently, only medical marijuana is legal in Canada. However, the country appears to be on track to legalize recreational use of marijuana later this year. That will definitely open up a much bigger market, but how big will it actually be?

On the low end, professional services firm Deloitte estimated that the annual demand for cannabis in Canada will be around 600,000 kilograms. Canada's Parliamentary Budget Officer (PBO) projection was a little higher -- around 650,000 kilograms. Colorado-based economic and policy consulting firm Marijuana Policy Group is more optimistic, projecting that the marijuana market demand in Canada could reach 900,000 kilograms per year.

Here's the kicker: The five top Canadian marijuana growers are on pace to produce in aggregate more than 1.5 million kilograms per year. And that number doesn't include all of the smaller marijuana growers, many of which are also adding capacity.

Even if we use the most optimistic demand projection, marijuana supply in Canada will be significantly greater than demand. With Canada apparently headed for a major supply glut, why are CEOs continuing to push for even more capacity?

That brings us back to the initial question: Are the CEOs absolutely, positively crazy? Ramping up supply so much that it will far exceed demand certainly seems like an idea that's bonkers.

It could be, though, that these CEOs are crazy -- like a fox. There's no question that the expansion efforts under way will increase total production capacity for marijuana beyond what the Canadian market will need, even with the rosiest estimates. However, the CEOs aren't only looking at Canada.

Could the CEOs be counting too much on these international markets growing quickly enough to absorb the additional capacity that marijuana growers are adding? Maybe so. However, I think they're making calculated decisions rather than crazy ones.

Marijuana is a commodity, though. Temporary imbalances between supply and demand are pretty much inevitable. Some of the CEOs might one day regret their aggressiveness in expanding capacity. On the other hand, if Aurora Cannabis' estimates are right, the CEOs might wish they had even more production capacity.

By the way, about those lemmings jumping over a cliff -- it turns out that's a myth based on a faked scene in a 1958 movie. The idea that the CEOs of Canadian marijuana growers are following each other over a cliff could turn out to be just as fake.