The engine and drivetrain company is managing to keep growing despite a slowing auto market.

Automotive drivetrain and engine technology company BorgWarner (BWA -6.41%) reported a good set of first-quarter earnings and reaffirmed its underlying full-year guidance. However, if you have concluded that its earnings were uneventful, then you might need to reconsider. In fact, there was a lot going on behind the headlines, so let's take a closer look at an interesting quarter for the company. 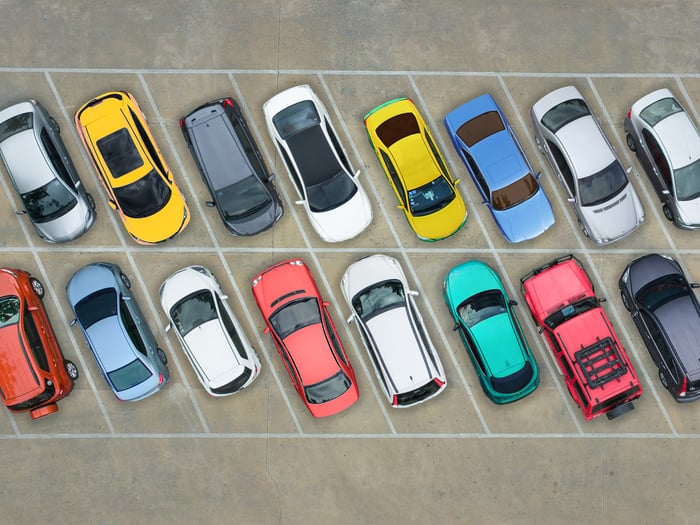 As you can see, sales and earnings were ahead of guidance. However, despite organic growth that was ahead of guidance for the first quarter, and second-quarter organic growth guidance of 7% to 9%, organic sales growth for the full year is still expected to be in the 5% to 7% range. Although management increased its full-year EPS guidance to a range of $4.30 to $4.40 from a previous range of $4.25 to $4.35, it did so, it said, "primarily due to a larger benefit from foreign exchange rates." BorgWarner may well be conservative with its full-year guidance.

The results were all the more impressive because they came in a weakening environment for end demand. According to CEO James Verrier on the earnings call: "We saw very strong growth for the company in China. We also saw positive light-vehicle revenue trends in Europe and North America despite declines in industry volume."

Verrier's commentary was borne out in CFO Ron Hundzinski's disclosure of BorgWarner's regional revenue performance versus light-vehicle production. Hundzinski noted that BorgWarner's China revenue was up 29% compared to a "production market that was down 3%," with revenue from Europe up 7% compared to a 1% industry decline. It was a similar story in North America: revenue up 3% versus a 3% production decline.

In a nutshell, BorgWarner is continuing its trend of outperforming its end markets by increasing its content per vehicle and winning industry awards on combustion, hybrid, and electric vehicle platforms.

However, drivetrain was the star of the first quarter, with management citing strong growth in dual-clutch transmission vehicles in China and "transmission components in four-wheel-drive" vehicles.

Where next for BorgWarner

Verrier claimed his industry outlook was "consistent with our prior forecast" and he's expecting industry production growth of 1% to 2% in China and Europe, while North America is expected to be "flat, to up slightly." When looked at from BorgWarner's geographical exposure, it comes to a 1% increase in light-vehicle production.