Higher (profitable) production, higher realized prices, and loads of cash coming in the door are the three things investors should want from Shell right now.

Royal Dutch Shell (RDS.A) (RDS.B) has put together quite the streak of impressive earnings reports. This past quarter was no different. Not only did the company grow net income by 54% compared to the prior quarter, it is also generating loads of cash on top of its ambitious 2018 capital spending plans.

With its business firing on all cylinders, investors might be a little curious why it hasn't started that ambitious share repurchase program that it promised investors quite some time ago. Let's take a look at the company's results, what it will take for management to shift gears to share repurchase mode, and why investors should be considering this stock today. 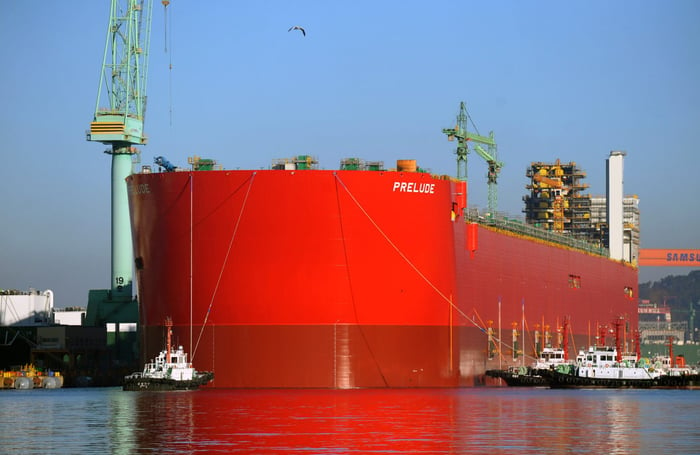 I think that, based on these results, it's fair to say that Royal Dutch Shell has really hit its stride in terms of earnings and cash flow. This was by far the best result the company has had since before the crash in oil prices. Much of that can be attributed to the recent rise in prices -- Shell realized oil and natural gas prices of $60.6 per barrel and $4.86 per thousand cubic feet, respectively -- but a lot of credit has to go to management for reworking its portfolio and drastically reducing costs to make $60 a barrel so profitable.

A couple of things that stand out in Shell's segmented results is a big uptick in earnings from its integrated gas and the surprisingly resilient results from its downstream segments (oil products and chemicals. Shell has made integrated gas and LNG sales a core pillar of the business, and it showed as it increased its total LNG sales volume 17.3% from last year to 18.58 million tons. On the downstream side of the business, you would typically expect earnings to decline significantly in a rapidly rising feedstock environment like we saw this past quarter, but chemical margins remained surprisingly high and it was able to offset weakness with refining margins that had high retail sales and commodity trading profits. 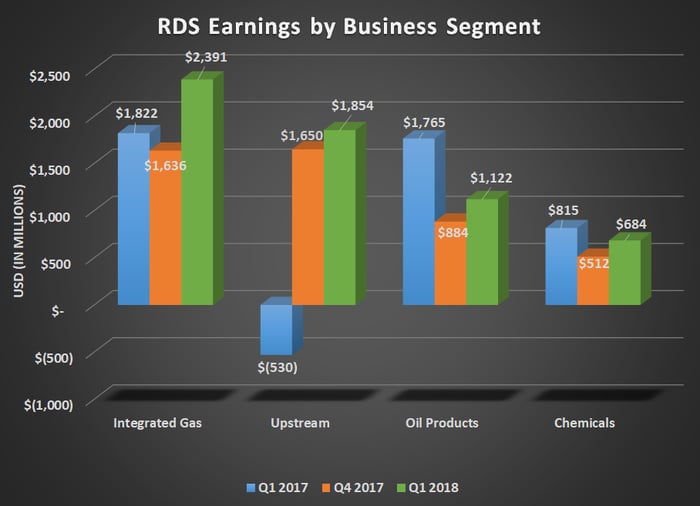 Asset sales and reconfiguring its portfolio have been core aspects of Shell's turnaround, and it continued that by closing $1.9 billion in sales between the beginning of the quarter and the day of the earnings release. Management also announced an additional $2.4 billion in sales, which puts it very close to its previously announced target of $30 billion in sales.

Since it bought BG Group back in 2015, Shell has intended to buy back a significant number of shares to offset shareholder dilution from the acquisition. Even though it hasn't started buying back shares, CEO Ben Van Beurden mentioned that it is still part of the company's plan over the next two years (bolded emphasis my own).

We have a strong financial framework. Our commitment to capital discipline is unchanged, we are making good progress with our $30 billion divestment programme and our outlook for free cash flow – which covered our cash dividend and interest this quarter and over the last year – is consistent with our intent to buy back at least $25 billion of our shares over the period 2018-2020. 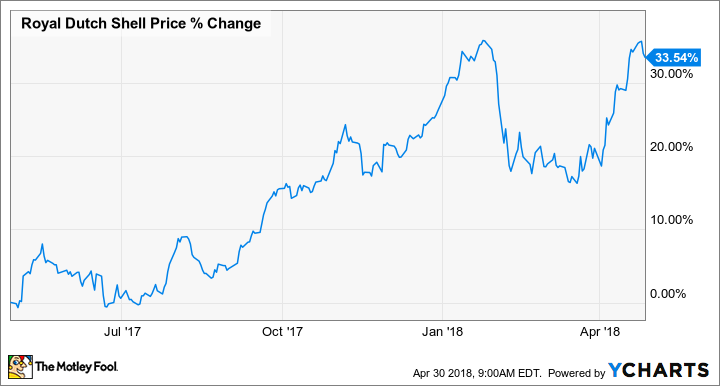 Lots of progress, but the next hurdle is big

As great as Shell's results have been, this isn't going to be an easy task. It has to generate enough cash to lower its debt gearing range to that desired 20% range, pay dividends for the next couple of years, plus $25 billion for stock repurchases. That is still going to have to take a significant improvement from these most recent results to get there.

CFO Jessica Uhl has said many times that it won't initiate buybacks until it has met its target gearing range, but it should be able to get there in the next couple of quarters as it pays down a lot of near-term debt (about $14 billion). Once that gets taken off the books, it should put Shell on a path where it can start to put that cash to work buying back shares.

For investors, though, this is another good report in what has been a string of impressive earnings reports for Shell. The company looks extremely well positioned to ride this wave of higher oil prices in the short term and reap the long-term trends of LNG that should reward shareholders well.