Encana is liable to trounce earnings expectations thanks to higher crude oil prices and a sizeable share buyback plan.

Encana Corp. ( OVV -0.17% ) has worked hard to transform its business so that it could prosper at lower oil prices. Those efforts have put the diversified oil and natural gas company in position to grow its cash flow at a remarkable 25% compound annual rate over the next five years, even if crude oil is just $55 a barrel.

However, despite this progress and the upside visible ahead, Encana's stock price is down more than 7% so far this year. That's a bit of a head-scratcher considering crude is now creeping up toward $70 a barrel, which should have enabled Encana to produce a gusher of cash flow in the first quarter. When the company announces its Q1 results later this week, they could prove just the catalyst needed to jump-start its stock. 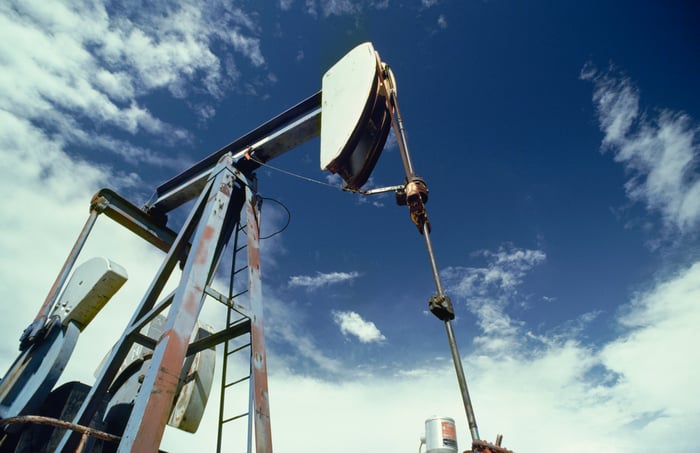 What to watch this quarter

Encana's turnaround plan started gaining steam during the fourth quarter thanks to the addition of several critical natural gas processing plants and related infrastructure in western Canada. Those new assets enabled Encana to more than double its high-margin liquids output from the Montney Shale last year, which combined with its continued growth in the high-return Permian Basin to drive cash flow up 47% to $444 million in Q4.

Encana initially expected that the continued growth of those two plays, along with rising cash flow from the Eagle Ford in Texas and Duvernay in Canada, would enable it to generate about $1.9 billion in cash flow this year, assuming $55 oil. However, oil spent most of Q1 in the mid-$60s, so the company appears poised to produce an even better result. 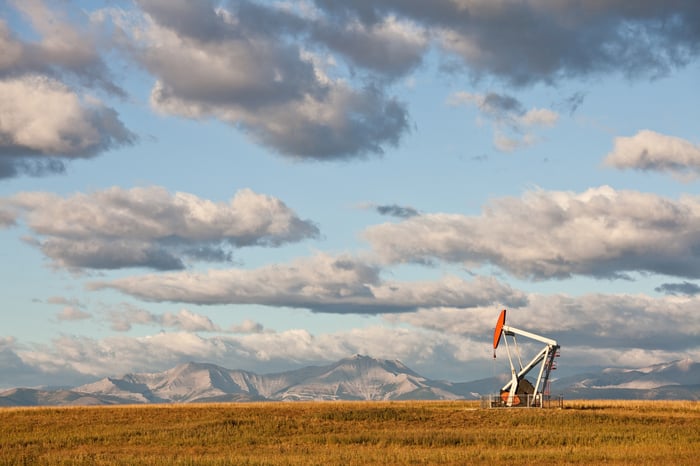 Encana's upside to higher oil prices has yet to sink in

As good as Encana's Q1 results should be, they'll only be a taste of what's ahead. As noted above, over the next five years, Encana expects to grow cash flow at a 25% compound annual rate, which would put it on pace to generate $3 billion more than it needs to run its business, assuming crude averages $55 a barrel. That would give the company even more money to buy back its beaten-down stock. And that free cash flow number seems conservative given where crude is today, and where it could go in the coming years.

That upside certainly isn't reflected in Encana's share price. The company says it expects to generate $1.9 billion in cash this year (which looks conservative given current crude pricing), yet its market cap is only around six times that number, putting its stock in bargain basement territory. For comparison's sake, ConocoPhillips price-to-earnings ratio is around 10. One reason ConocoPhillips' currently fetches a higher valuation is that it repurchased more than $3.5 billion in shares over the past year, reducing its share count by more than 6%. As Encana's repurchases start making a dent in its share count, and as more investors begin to grasp what it has already accomplished and what's ahead, its stock price should start reflecting more optimism.