Please ensure Javascript is enabled for purposes of website accessibility
Log In Help Join The Motley Fool
Free Article Join Over 1 Million Premium Members And Get More In-Depth Stock Guidance and Research
By Dan Caplinger – May 1, 2018 at 4:31PM

Find out which of these companies got some help from earnings season.

The stock market continued to be choppy on Tuesday, with major benchmarks moving in different directions. Weakness in the Dow Jones Industrial Average came largely from substantial price declines in some of the more heavily weighted stocks in the average, while the S&P 500 and Nasdaq Composite made gains. With key tech players set to release earnings, investors are a bit anxious to see whether anticipated bottom-line growth materializes, and some market participants are also continuing to look at interest rates as the Federal Reserve began a two-day meeting to discuss monetary policy. Still, some companies had good news that lifted their shares. Nutrisystem (NTRI), Tenet Healthcare (THC -1.36%), and AbbVie (ABBV 0.04%) were among the best performers on the day. Here's why they did so well.

Shares of Nutrisystem soared 18% after the weight loss and nutrition specialist issued its first-quarter financial report. The company has been under pressure recently, and so even though revenue was just flat from year-ago levels and net income fell by more than 60%, shareholders were generally pleased that Nutrisystem's fundamental business held up as well as it did. CEO Dawn Zier reported that a big part of its success recently has been its South Beach Diet-related sales, which rose sharply compared to the first quarter of 2017. With CFO Mike Monahan raising full-year 2018 guidance, longtime investors in Nutrisystem think that the company could successfully turn itself around and live up to its full potential. 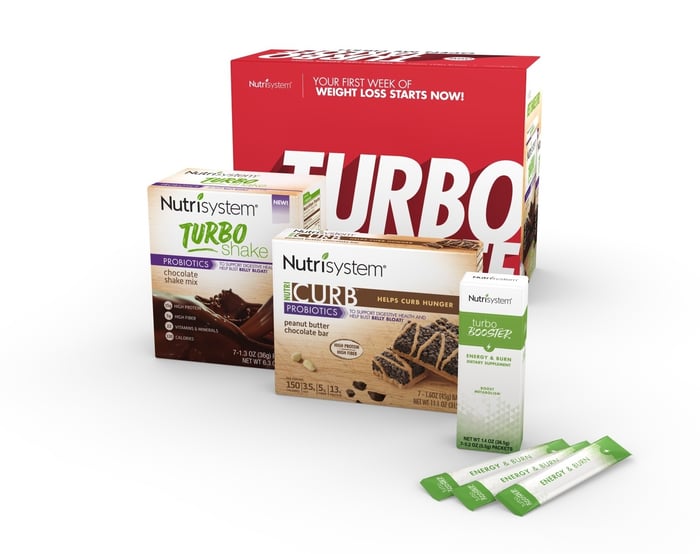 Tenet is back in the black

Tenet Healthcare stock jumped 19% in the wake of its reversing year-ago losses with a profit for the first quarter of 2018. The hospital company said that it suffered a slight revenue decline of 2%, but it still managed to produce positive net income, reassuring investors who had expected to see a slight loss after adjusting for certain extraordinary items. In addition, Tenet announced that it had completed the sale of St. Louis-based Des Peres Hospital to a nonprofit healthcare provider in the area, helping to optimize its portfolio of medical facilities and focus on the most promising opportunities. The hospital company is building up momentum, even though the stock still trades for just half of what shares fetched in 2015.

Finally, shares of AbbVie rose nearly 6%. After a strong earnings report last week, the drug giant said that it will buy up to $7.5 billion in stock at prices between $99 and $114 per share in a modified Dutch auction tender offer. Under the terms of the deal, shareholders may choose to offer to sell all or part of their holdings to AbbVie at a price that they set within the given range, and AbbVie will then pay whatever minimum price lets them buy stock worth $7.5 billion. With the stock having closed yesterday at $96.55 per share, it was very likely that the share price would jump at least to $99, but the extra kick reflects the expectation that final tenders could happen at prices above that level. The tender sounds like a lot of money, but it's less than 5% of AbbVie's outstanding shares at current prices, and it'll be interesting to see if the stock holds onto its gains after the offer closes May 29.

Why NutriSystem Is Soaring and Tivity Health Is Sinking