Monday gave investors another roller-coaster ride in the stock market, as major indexes traded on either side of unchanged and eventually recovered from huge declines to end in the green. The Dow Jones Industrial Average suffered a 500-point drop at one point during the session but still managed to close up slightly. Moreover, the Nasdaq Composite finished up three-quarters of a percent, buoyed by positive sentiment toward big technology names. Some stocks also rose on good news of their own, and Nutrisystem (NTRI), Xperi (XPER), and Ra Pharmaceuticals (RARX) were among the best performers on the day. Here's why they did so well.

Nutrisystem gets a healthy buyout bid

Nutrisystem stock rocketed higher by 28% after the nutrition and weight-loss specialist became an acquisition target. Tivity Health agreed to purchase Nutrisystem for a total of $1.4 billion, using a combination of cash and stock for the buyout. Under the terms of the deal, Tivity will pay $38.75 per share in cash along with 0.2141 Tivity shares for every share owned by Nutrisystem shareholders, for a total of $47 per share based on Tivity's average price over a recent 10-day period. Tivity looks forward to broadening its health and fitness offerings to address weight management more directly, but given Tivity stock's decline, Nutrisystem investors clearly think they got the better end of the deal. 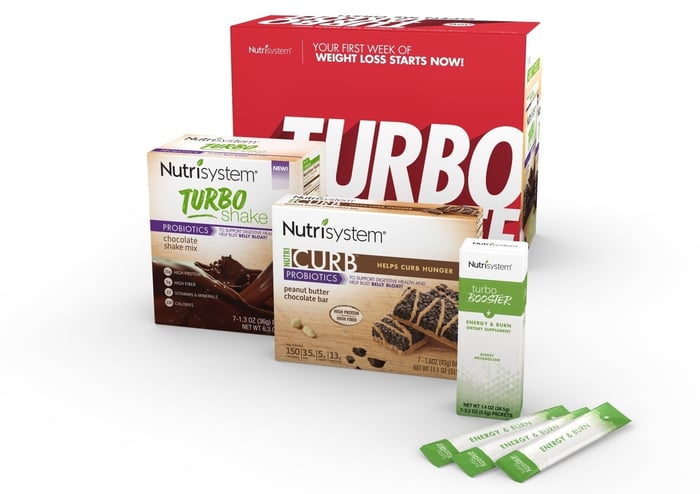 Xperi gets a big win

Shares of Xperi soared 44% in the wake of two pieces of good news. First and foremost, the semiconductor company settled a patent dispute with Samsung, agreeing instead to enter into a new patent license agreement. Although the companies didn't disclose the terms of the settlement, Xperi followed up by increasing its fourth-quarter and full-year 2018 outlook, including a $20 million to $30 million boost to projected fourth-quarter billings and a roughly $20 million increase in expected operating cash flow. Investors put two and two together and concluded that the deal would be favorable for Xperi, and shareholders are glad to have the uncertainty of the litigation behind them.

Finally, Ra Pharmaceuticals saw its shares finish higher by 7%. The clinical-stage biopharmaceutical company announced the latest results of phase 2 clinical trials for its zilucoplan treatment for generalized myasthenia gravis, with positive findings including meeting both primary and key secondary endpoints. Zilucoplan had statistically significantly impacts on the Quantitative Myasthenia Gravis and MG Activities of Daily Living scores. Based on the data, Ra intends to look at a potential phase 3 trial in the first half of 2019, and CEO Doug Treco is hopeful that it will achieve "the ultimate goal of transforming the lives of thousands of patients with [myasthenia gravis]." The news is welcome for Ra given some of its challenges with past treatment candidates.

Why NutriSystem Is Soaring and Tivity Health Is Sinking