Please ensure Javascript is enabled for purposes of website accessibility
Log In Help Join The Motley Fool
Free Article Join Over 1 Million Premium Members And Get More In-Depth Stock Guidance and Research
By Rich Duprey – Updated May 2, 2018 at 11:42AM

The movie is awesome. Its impact on earnings, however, might be less so.

Disney's (DIS -2.42%) movie studios are having a monster year so far. Considering most of its film success derives from the Black Panther movie, maybe it should be called a heroic effort -- even superheroic.

Yet despite Black Panther virtually carrying the entire film industry over the first three months of 2018, Disney investors shouldn't get too excited by what it might mean for the entertainment giant's earnings. Movies will always be an important component of Disney's operations, but they're not what's driving earnings. 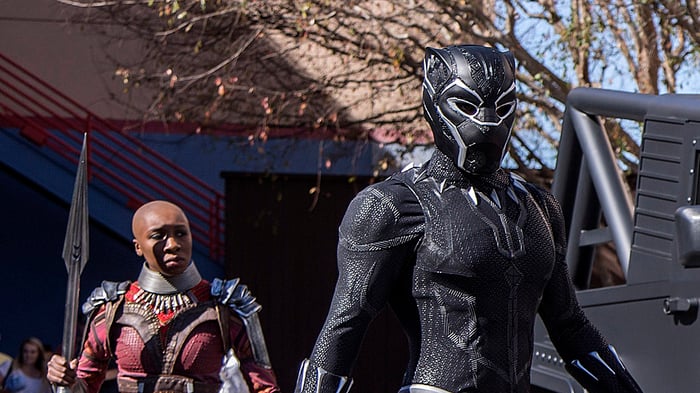 The denizens of Wakanda are holding Hollywood together these days. Box Office Mojo data indicates things would have been a lot worse for the industry had it not been for Black Panther: It not only dominated the box office in February, but was responsible for one-quarter of Hollywood's March overall gross.

Because of Black Panther, box-office receipts for the first three months of 2018 were only down 2% compared to last year's record $2.9 billion haul over the same period, and that's despite the fact that March was down 24% year over year.

Disney has already generated nearly $1 billion in gross domestic box-office receipts this year (over $1.3 billion worldwide), making it the No. 1 studio by far with a 26.1% share of the market. Compare this to Time Warner's Warner Bros. studio, in second place with a 12.9% share, and Sony's Columbia Pictures, coming in third at 11.5%. Fox's 20th Century Fox is just behind in fourth place, with an 11.4% share.

Helping boost box-office revenues was not only the overwhelming strength of Black Panther, but also the enduring success of Star Wars: The Last Jedi, released in December. Five movies have brought in $911 million for Disney domestically -- A Wrinkle in Time, Coco, and Thor: Ragnarok round out that list -- while Warner Bros. has 20 films in its tally that have generated just $452 million in domestic receipts.

The rise and fall and rise of movies

Yet for all the benefits the blockbusters bestow on the movie studios and on Disney, the movie business only generated $8.7 billion of Disney's $55.1 billion total revenue in 2017, or less than 16%. That's also significantly less than its theme parks, which brought in over $18 billion, or fully one-quarter of the total. And it's about a third of what its media networks, like ESPN, account for.

They are profitable, though, achieving a 28% operating margin, compared with TV shows, which generate a margin of 29%. It's in consumer products where the real profits lie; that business has an operating margin in excess of 36%.

To be fair, all of Disney's enterprises are interconnected. Movies spur theme park attractions and spinoff TV shows, which generate toys to be made. You can't necessarily tease out one from the other, because Disney's brilliance is in how each part feeds off another.

Still, investors shouldn't extrapolate too much from the success of its movie business to predict earnings. For one thing, successful movies come and go, and Disney's studio business has had its share of ups and downs. Last year's revenues were actually down 11% from 2016, though that year was up 28% from the year before.

Today's studio revenues are still 22% higher than they were back in 2010. That likely speaks to Disney's efforts to figure out how all these parts work together seamlessly, much as it did in the late 1990s when it racked up movie hit after movie hit by playing off familiar themes in its animation division. But the company needs to be careful to not become stale, as happened then, and it's likely that superheroes and connected universes have a popularity expiration date. 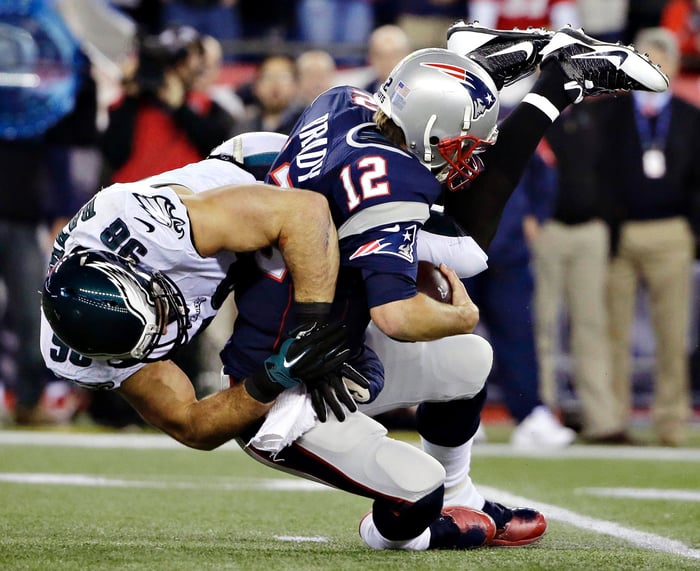 More important for investors, though, is seeing how Disney responds to the migration of viewers from television to mobile, which has arguably led to the stagnation in its media networks division. Cord-cutting has hit its primary ESPN network hard, and streaming content from Netflix and Amazon.com has spurred Disney's launch of its own streaming service as well as its pursuit of Fox.

While ESPN remains a huge advertising venue, it's lost 11 million viewers over the last four years, and ad revenues have fallen accordingly. The new $4.99-per-month ESPN Plus streaming service holds promise, but the unbundling of cable poses real risks. Whether you watched sports or not, you used to pay for ESPN as part of your cable package -- a brilliant marketing ploy by the sports leader -- but that's slowly unwinding, and the a la carte future may not be as profitable.

Black Panther is no doubt a boon to Disney, but the company may need feats of superhero prowess to keep it moving higher. By all means, go see the superhero flick at the theater; just don't think it will be solely responsible for whether Disney beats expectations.