Please ensure Javascript is enabled for purposes of website accessibility
Log In Help Join The Motley Fool
Free Article Join Over 1 Million Premium Members And Get More In-Depth Stock Guidance and Research
By Tyler Crowe - May 2, 2018 at 12:56PM

If the ruling from FERC wasn't enough of a blow to the company earlier this year, the decision to slash its payout 35% certainly is.

Shares of pipeline operator TC Pipelines LP (TCP) are down 21.7% as of 11:15 a.m. EDT today after the company announced its first-quarter earnings. It wasn't the earnings report that spooked investors, but rather management's decision to cut its payout after a recent regulatory change.

In March, the U.S. Federal Energy Regulatory Commission (FERC) issued a ruling on how interstate pipeline companies operating as master limited partnerships like TC Pipelines can structure their contracts. Companies that use what are known as cost-of-service contracts can no longer add federal tax recovery allowance clauses to those contracts because, as master limited partnerships, they don't pay federal income taxes. 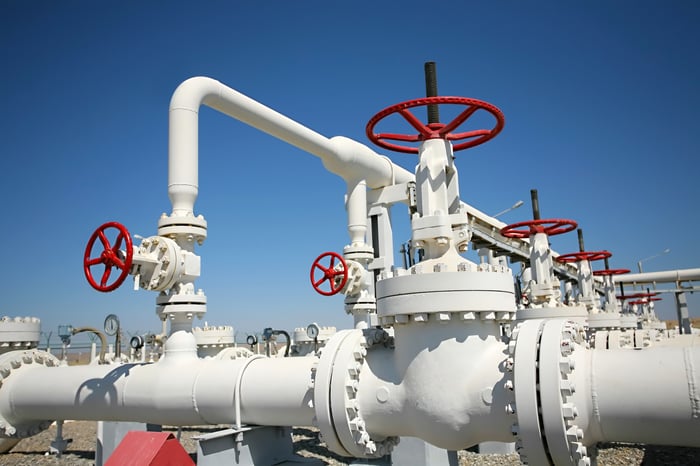 At the time of the announcement, TC Pipelines said, "The FERC's actions will not substantively impact negotiated or non-recourse rates." However, last month parent company TransCanada (TRP -2.49%) noted in its quarterly report that these would have an adverse effect on the business, and, even worse, "further dropdowns of assets into the Partnership are not considered to be a viable funding lever for TransCanada and it is uncertain whether [TC Pipelines] will be restored as a competitive financing option in the future."

If that didn't sound bad enough, we got the final decision on how the company plans to deal with these regulatory changes, and it was to slash its distribution to shareholders by 35%.

Considering that TC Pipelines cut its distribution and its parent company doesn't view it as a viable candidate to receive dropdown assets, it's actually kind of surprising that the company's shares haven't dropped more than they have over the past three months (about 50%).

The distribution cut was a proactive move until it can figure out exactly how much of an impact this ruling will have on the bottom line and whether it can change the contract structure for some of its interstate pipelines. So perhaps the company will be able to work itself out of this mess over time. With a cut payout and a parent company that isn't too keen on providing new assets via dropdowns, it's hard to see why investors would be interested in this stock regardless of how much shares have fallen recently.