Please ensure Javascript is enabled for purposes of website accessibility
Log In Help Join The Motley Fool
Free Article Join Over 1 Million Premium Members And Get More In-Depth Stock Guidance and Research
By Anders Bylund – May 2, 2018 at 12:05PM

The Texas, Florida, and California FiOS markets finally saw more subscribers signing on than signing off, resulting in a smaller loss than expected.

Shares of regional telecom Frontier Communications (FTR) jumped as much as 25.2% on Wednesday morning, sparked by a solid earnings report. The stock is still trading more than 20% higher as of 11:05 a.m. EDT.

In the first quarter of 2018, Frontier's sales fell 7% year over year to land at $2.2 billion. On the bottom line, adjusted net losses more than quadrupled from $0.11 to $0.58 per share. If that sounds bad, Wall Street had been bracing for even worse. The consensus earnings estimate called for a loss of $0.91 per share. 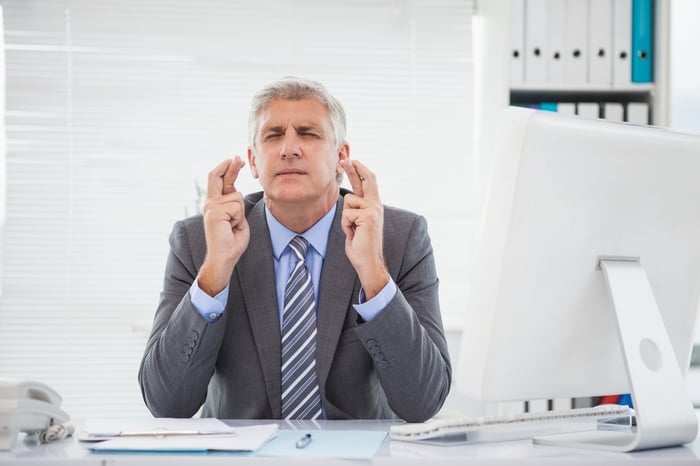 This was the first quarter in which Frontier saw positive customer growth for FiOS services in the Florida, Texas, and California markets, though subscriber churn in these markets remains high. The company is struggling to make that $10.5 billion 2015 buyout of Verizon Communications' largest FiOS markets pull its weight.

It's true that Frontier exceeded Wall Street's earnings targets this time, but management did not boost its full-year guidance targets based on these results. And even after today's huge jump, the stock is still trading 64% lower over the last 52 weeks and a heart-stopping 90% lower in three years. In other words, this doesn't look like a beleaguered company springing back to life. It's more like a rare moment of positivity while the larger story remains overwhelmingly sad.