Please ensure Javascript is enabled for purposes of website accessibility
Log In Help Join The Motley Fool
Free Article Join Over 1 Million Premium Members And Get More In-Depth Stock Guidance and Research
By Daniel Sparks - May 3, 2018 at 3:31PM

Apple, Teladoc, and Tesla all saw their stocks make big moves this week. Here's what investors should know. 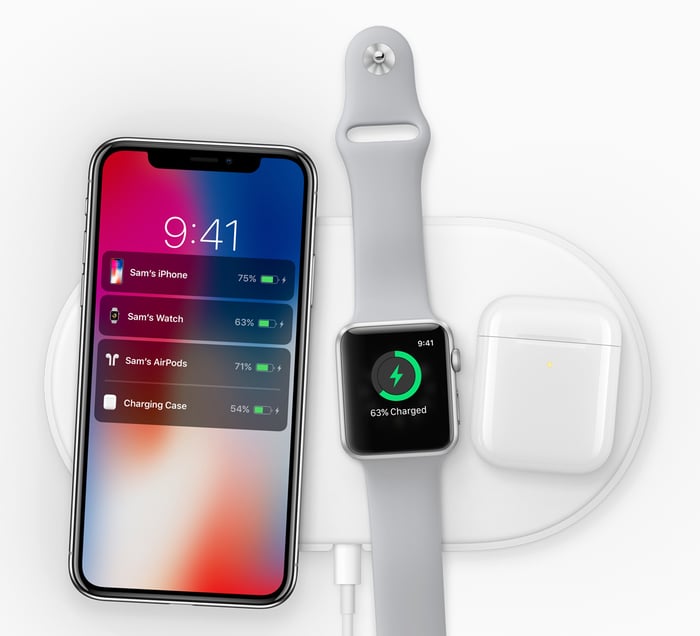 In Apple's second quarter of fiscal 2018, the iPhone maker posted revenue and earnings per share of $61.1 billion and $2.73, up 16% and 30% year over year, respectively, and ahead of consensus analyst estimates for the two key metrics. Highlighting Apple's momentum, both metrics saw accelerated growth compared to recent results; in the company's fiscal first quarter, revenue and earnings per share increased 13% and 16% year over year, respectively. Momentum in Apple's year-over-year revenue growth is particularly strong, accelerating for six quarters straight.

Apple stock jumped about 5% after its second-quarter earnings report was released.

On-demand virtual appointment platform company Teladoc posted impressive first-quarter revenue of $89.6 million, up 109% year over year and above management's guidance for revenue between $86 million and $88 million. The company's revenue growth was fueled by a 41% year-over-year increase in paid memberships and 57% growth in total visits. An impressive 606,000 people received virtual care during the quarter.

Importantly, Teladoc's adjusted earnings before interest, taxes, depreciation, and amortization (EBITDA) improved significantly on a year-over-year basis; adjusted EBITDA was $1.4 million, up from a loss of $9.1 million in the first quarter of 2017.

Concerns about Tesla's ongoing Model 3 production ramp-up mounted this week after the company said it lost a whopping $710 million during the quarter -- worse than its $675 million loss in the fourth quarter of 2017 and more than double the $330 million loss Tesla posted in the year-ago quarter. Tesla's $710 million net loss attributable to common stockholders translated to a worst-ever loss per share of $4.19. On a non-GAAP basis, Tesla lost $3.35 per share.

Tesla stock fell about 8% on Thursday as investors seem less confident in the automaker's ability to ramp-up Model 3 production and curb losses.