Please ensure Javascript is enabled for purposes of website accessibility
Log In Help Join The Motley Fool
Free Article Join Over 1 Million Premium Members And Get More In-Depth Stock Guidance and Research
By Brian Feroldi - Updated May 3, 2018 at 10:37PM

It's awfully hard to post growth when your largest customer pulls back on its spending.

FormFactor (FORM -11.23%), a supplier to the semiconductor industry, warned investors during its last earnings report that the first quarter was going to be challenging. At the time, management noted that its largest customer had decided to delay a significant order, which was going to make it nearly impossible for the company to post year-over-year growth.

Was the quarter as bad as management had anticipated? Let's dig through the results to find out. 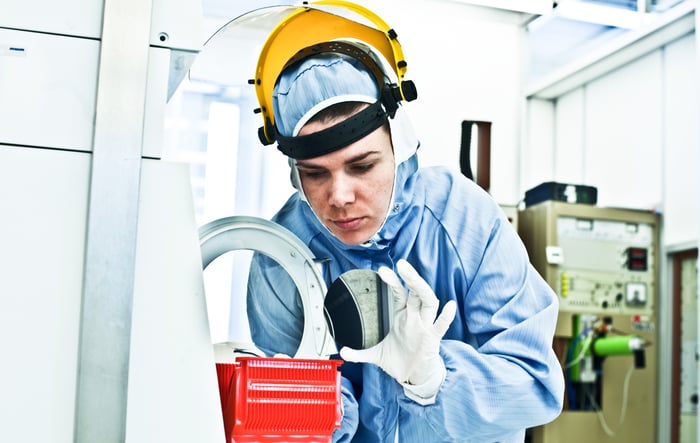 Slessor did his best to stay positive and provided some additional context on why the quarter was so challenging: "Despite an anticipated reduction in revenues from delays in the 10-nanometer node at our largest customer, we realized the benefits of our opportunity set as a diversified leader in electrical test and measurement, and delivered revenue and non-GAAP earnings per share at the top end of our outlook range."

Slessor also introduced Shai Shahar, FormFactor's new CFO, on the call with investors. Commenting on the new hire, Slessor stated: "I'm enjoying the process of building our partnership, and I'm looking forward to working together to realize our target financial model to deliver $650 million of revenue and $1.50 of non-GAAP earnings per share."

Slessor was confident that the company's results would pick up during the second quarter, noting "we expect strength across our businesses, including a sequential increase in demand from our largest customer, resulting in improved results."

However, while business conditions are improving, the company's guidance still suggested that the upcoming quarter is going to feature negative growth yet again:

FormFactor's first-quarter results should remind all investors that customer concentration is a risk that needs to be taken seriously. Last year, Intel was responsible for more than 25% of FormFactor's total revenue, so it isn't surprising to see that revenue and margins are heading in the wrong direction because of Intel's decision to cut back on spending.

On the bright side, even after accounting for the slow start to the year, Slessor still believes that FormFactor is poised to have a prosperous 2018, saying, "For 2018 overall, we continue to expect and plan for revenue growth as we progress through the year."