Electronic Arts (NASDAQ:EA) is set to report its fiscal 2018 fourth-quarter earnings on May 8, after the market close.

Thanks to the popularity of the Ultimate Team digital card game, EA has been seeing strong engagement in its flagship sports titles, FIFA and Madden NFL. During the fourth quarter, EA launched esports events for both games that are designed to bring in more players to the base, to drive growth in digital revenue. So investors will be very interested to hear what management has to say about how these efforts are working.

Here's what to watch: 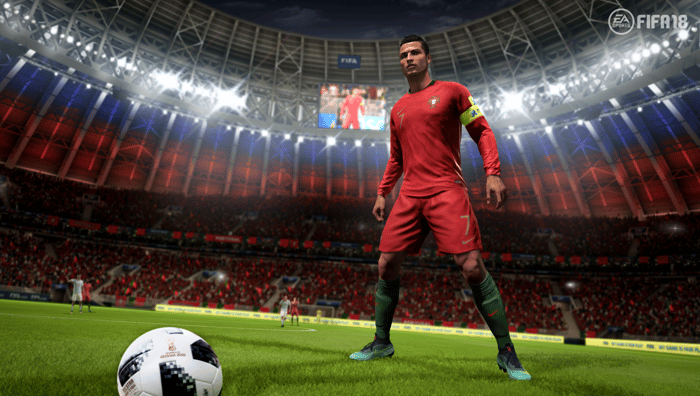 Will FIFA and Madden deliver?

Superdata's March video game sales report once again showed FIFA 18 and Madden NFL 18 ranked among the top 10 games on console in digital spending. Both games were released more than seven months ago, and the NFL season is well over, which makes this latest sales report especially significant.

It reflects the year-round engagement strategy EA is pursuing as the company tries to draw more players to Ultimate Team -- one of the main attractions of EA's sports titles in recent years. With Ultimate Team, players spend money on in-game cards to build a fantasy sports team to compete online with other players, which creates a natural link between esports and in-game spending. This is a big business for EA, with Ultimate Team alone making up nearly 20% of the company's total revenue, and it could grow even further given management's comments during the third-quarter conference call that "Ultimate Team is more popular than ever across our EA Sports titles."

Ultimate Team spending is included in live service revenue, which has been EA's primary source of growth lately. Over the trailing 12-month period through December 2017, live services grew 30% year over year to $2.035 billion, primarily driven by spending on Ultimate Team. That's an incremental dollar increase of $470 million -- nearly identical to the $469 million incremental increase in total revenue for the same period.

Esports could make a big impact

To keep the growth in live services (and Ultimate Team) going, management has been launching esports events for FIFA and Madden that are designed to expand the player base for both games and create more demand for Ultimate Team.

EA launched the Madden Ultimate League in February, and just concluded with the championship match at the NFL Draft at the end of April. The event features one-on-one matchups with the best Madden players in the world, and EA signed exclusive deals with Walt Disney's ESPN to broadcast matches. This event was clearly designed to extend player engagement in the months following the NFL season, which is peak playing time for Madden gamers.

For the FIFA franchise, EA has partnered with the real FIFA to launch the FIFA eWorld Cup, which began in November and runs through August 2018. Online viewership during opening weekend was really strong, with the event attracting more than 17 million viewers. There's also the upcoming actual World Cup this summer in Russia, which management expects to increase interest and engagement for the FIFA franchise.

Between the two games, FIFA is the bigger title with a player base numbering 42 million, which is an increase of 10% from the game's release in September 2017. This doesn't include EA's mobile version of FIFA, which has an additional 26 million registered players. Management typically updates investors on the size of this base, which is important to creating growth in demand for in-game content.

With major esports events under way during the fourth quarter, investors should listen to what management has to say about viewership and engagement levels for these games. If player engagement is up, it should translate to growth in live service revenue.

In the short term, the stock may react to how EA performs relative to its fourth-quarter earnings guidance of $1.86 per share, which is not much higher than $1.81 in Q4 2017. However, management focuses more on operating cash flow rather than reported earnings, and that is expected to be $1.6 billion, slightly higher than last year's $1.578 billion.

The year ahead could be the biggest yet

Fiscal 2019 will see management expand esports to its popular first-person shooter Battlefield, in addition to FIFA and Madden. In the fall, there will also be a new Battlefield game release -- the first since 2016. With these growth catalysts on the table, investors will be just as interested to hear what management has to say about the year ahead as its performance during the fourth quarter.