Please ensure Javascript is enabled for purposes of website accessibility
Log In Help Join The Motley Fool
Free Article Join Over 1 Million Premium Members And Get More In-Depth Stock Guidance and Research
By Ashraf Eassa - May 7, 2018 at 8:16AM

Things are going to get ugly for Intel's manufacturing group.

On April 26, chip giant Intel (INTC -1.18%) admitted that its highly troubled 10nm chip manufacturing technology wouldn't go into volume production in the second half of 2018 as the company had said back in January, but would instead go into mass production sometime in 2019 (Intel wouldn't even commit to production in the first half of 2019, either). 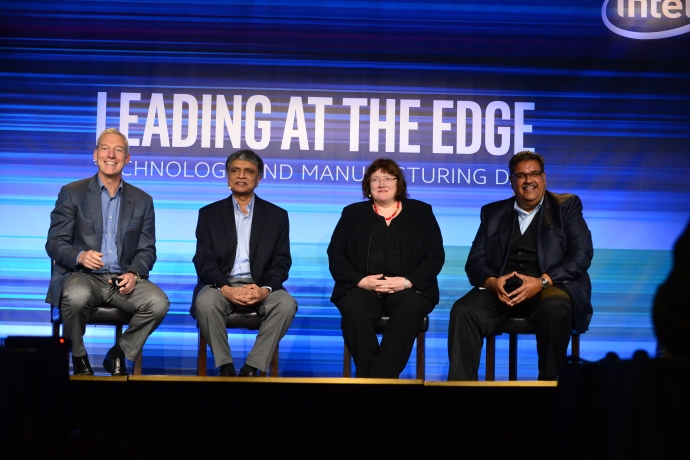 Although there is some hope that Intel might be able to pull it together and, at a minimum, return to parity with TSMC, the reality is that this is unlikely to happen. Indeed, it seems almost obvious at this point that Intel will fall further behind TSMC.

Look at the timelines

If all goes as planned -- something that, frankly, shouldn't be taken as a given at this point -- Intel should go into mass production on chips using its 10nm technology in either the first half of second half of 2019. Intel is seemingly about a year behind TSMC as of today.

The first variant of Intel's 10nm technology that will go into mass production is likely to be its second-generation variant, known as 10nm+. These products will be based on the company's Ice Lake chip architecture. The Ice Lake chips are expected to be followed by a processor family known as Tiger Lake, which will be manufactured using the company's third-generation 10nm technology, known as 10nm++.

By contrast, TSMC says it intends to go into mass production on its 5nm technology (roughly equivalent to Intel's 7nm technology) in the second half of 2020. Indeed, since Apple (AAPL 0.17%) is almost certainly going to use TSMC's 5nm tech for its A14 applications processor that'll launch in the second half of 2020, TSMC will need to be cranking these chips out by no later than June of 2020.

The implications are significant: Since TSMC manufactures chips for everybody -- including Intel's competitors -- Intel's competition could have a significant chip manufacturing advantage over Intel, allowing them to beat Intel in the marketplace with better, more efficient products.

This is a significant failure on the part of Intel's manufacturing organization that will require some serious changes to course-correct over the long term.