Shares of independent oil and gas producer Sanchez Energy (NYSE: SN) are up 10.9% as of noon EDT today. While there is no direct news from the company or rumors of a buyout, it would appear that today's stock price is a result of rising oil prices.

We're told that the market is rational, but every once in a while you have to wonder how true that really is when stock price moves like this happen. Today, the price of a barrel of West Texas Intermediate is up 79 cents to $70.50 per barrel. As a result, shares of Sanchez Energy, and other smaller exploration and production companies, are up 10% or more.

This isn't that uncommon of a thing, really. There have been numerous cases when oil prices surge or dip below nice round numbers like $50, $60, or $70 that we see a frenzy of activity in stocks that are highly dependent on higher oil prices. Today is just another example of this happening. 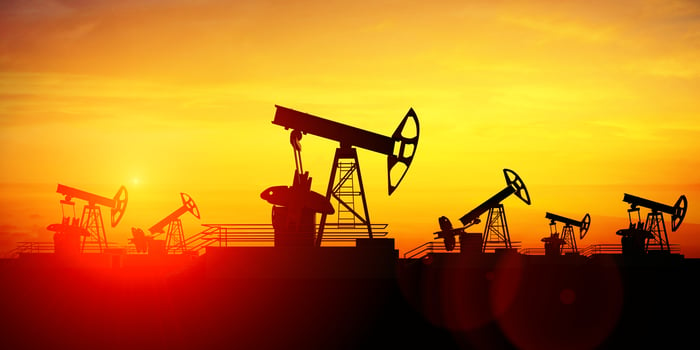 For longer-term investors, the fact that oil is above $70 per barrel shouldn't be any different than when that same barrel is $69. The things that investors should focus on when digging into exploration and production companies is how cheap they can produce that barrel of oil and if they can grow the business within the cash flows it generates.

Based on the company's most recent earnings release, that isn't really the case with Sanchez. The company failed to meet production guidance last quarter and is scaling back capital spending because its cash flow wasn't supporting production growth. It's hard to imagine a $0.75-per-barrel increase in prices is the panacea to Sanchez' woes, so it's probably best to look elsewhere for potential oil and gas investments.