Please ensure Javascript is enabled for purposes of website accessibility
Log In Help Join The Motley Fool
Free Article Join Over 1 Million Premium Members And Get More In-Depth Stock Guidance and Research
By Demitri Kalogeropoulos - May 7, 2018 at 2:29PM

The stock jumped on news that the craft beer specialist returned to growth in the first quarter. 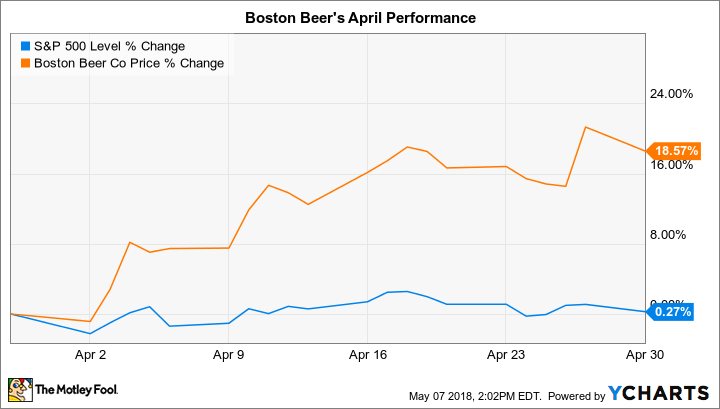 The increase contributed to a solid run for shareholders, who've seen their investment gain over 50% in the past year.

The owner of the Angry Orchard and Sam Adams brands posted solid first-quarter results late in the month that were highlighted by an 8% increase in sales volumes and rising profitability. Management credited innovative flavor launches including Angry Orchard Rose and Sam '76 for helping sales gains return to positive territory after declining 7% in fiscal 2017. 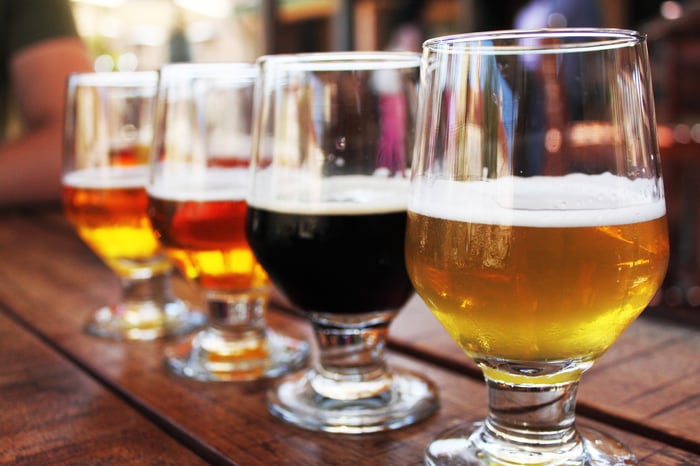 Executives didn't lift their 2018 outlook, which still predicts volume growth of 3% at the midpoint of guidance while profitability improves to about 53% of sales. CEO Dave Burwick, who stepped into the leadership position in early April, believes the company can get back to consistent sales growth despite the continued influx of craft breweries into the industry. His rebound plan includes innovation, category expansion projects, and an aggressive marketing plan in support of Boston Beer's core brands.