Please ensure Javascript is enabled for purposes of website accessibility
Log In Help Join The Motley Fool
Free Article Join Over 1 Million Premium Members And Get More In-Depth Stock Guidance and Research
By Jeremy Bowman - Updated May 7, 2018 at 3:34PM

Shares of the toymaker gained on better-than-expected results and an analyst upgrade.

It was a volatile month for Mattel, Inc. (MAT -0.72%), but the toymaker finished April up 13%, according to data from S&P Global Market Intelligence. There was no shortage of news out on the Barbie parent as its CEO left the company and it reported better-than-expected results in its first-quarter earnings report.

As the chart below shows, the stock bounced up and down on the change in leadership and the earnings report, among other news. 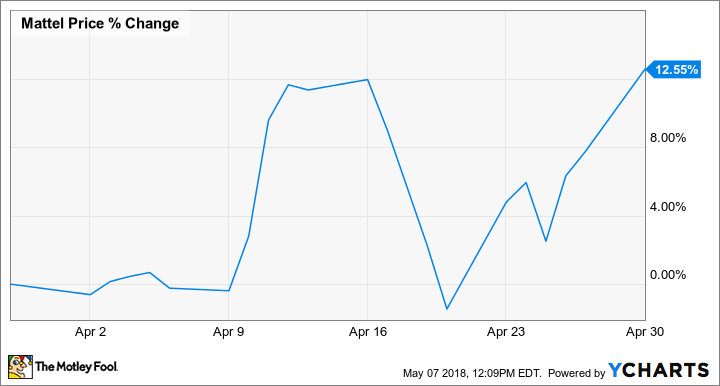 Mattel entered April with significant challenges as the toy retail industry has been shaken by the Toys R Us bankruptcy, and the company is struggling with its own restructuring and debt load as well as kids turning away from traditional toys in favor of screens and electronics. 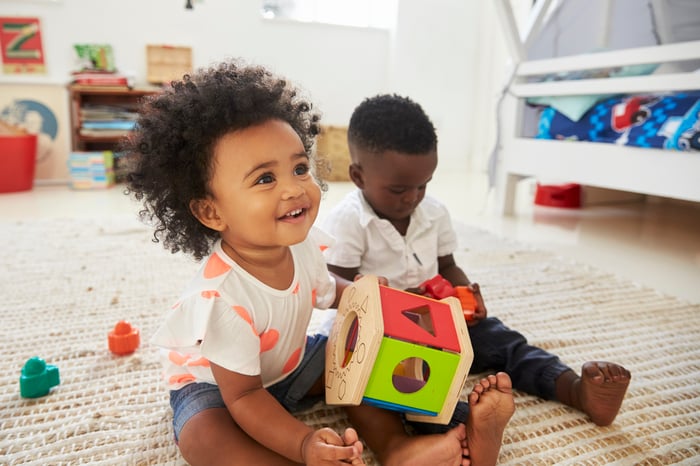 Shares of Mattel first started moving higher last month when they got an upgrade from Jefferies on April 11 as analyst Stephanie Wissink lifted her rating from "underperform" to "hold," saying she believes the risks Mattel is facing are already priced into the stock. The stock gained 6.6% as a result.

The following week, however, the stock gave up those gains as CEO Margo Georgiadis announced she was stepping down to become the CEO of Ancestry, the parent of Ancestry.com. Georgiadis had spent just 14 months at the helm of the company, a sign perhaps of the challenges in turning around the business. She was replaced by Ynon Kreiz, a director of the board who had served as CEO of Maker Studios, which Disney acquired in 2014. Shares fell 12% over a four-day span on the news.

Finally, Mattel stock rallied at the end of the month, first after rival Hasbro said sales growth would pick up in the second half of the year, and then as it beat top-line estimates in its earnings report as sales of Barbie and Hot Wheels products were up double digits. Revenue, not including a $29.5 million reversal from the Toys R Us bankruptcy, increased 2% to $737.9 million, easily topping expectations at $694.4 million.

Despite last month's gains, there's no question that Mattel's prospects remain challenged. The Toys R Us bankruptcy will continue to weigh on the company, and the toymaker is putting up significant losses as it restructures and modernizes its business. The company has some valuable brands in its portfolio, but there is considerable risk in the stock as consumer tastes change and its retail partners struggle.