Please ensure Javascript is enabled for purposes of website accessibility
Log In Help Join The Motley Fool
Free Article Join Over 1 Million Premium Members And Get More In-Depth Stock Guidance and Research
By Timothy Green - May 7, 2018 at 2:02PM

A forecast for better days ahead was overshadowed by disappointing first-quarter numbers.

Shares of Tower Semiconductor (TSEM 0.17%), which operates under the brand name TowerJazz, slumped on Monday after the company reported its first-quarter results. Both revenue and earnings came in well below analyst expectations, sending the stock down about 9.5% by 1:10 p.m. EDT.

Tower Semi reported first-quarter revenue of $312.7 million, down 5.3% year over year and about $12.3 million below the average analyst estimate. The company pointed to seasonality as one reason behind the weak top line. 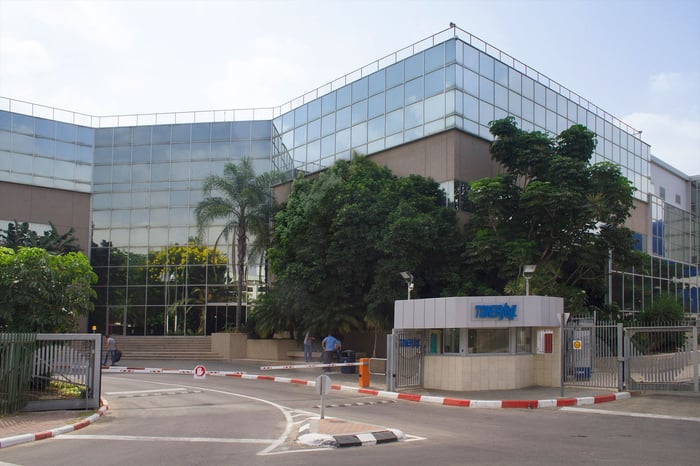 Non-GAAP (generally accepted accounting principles) earnings per share came in at $0.31, down from $0.49 in the prior-year period and $0.11 lower than analysts were expecting. GAAP gross margin dropped about 450 basis points to 21.2%, while operating expenses rose by 7%.

Tower Semi expects second-quarter revenue of $335 million, plus or minus 5%. That's up 7% compared to the first quarter, but down from $345 million in the second quarter of 2017.

Tower Semi CEO Russell Ellwanger said the company formally began or was informed of wins for "several varied industry-defining projects with respective customer market leaders" during the quarter. This year, he expects the company's results to improve: "Present customer forecasts show continued quarter over quarter growth throughout 2018, with a fourth quarter demonstrating over 25% organic business unit growth against the first quarter, and with commensurate bottom line achievements."

While Tower Semi expects revenue to improve later this year, investors are focused on the here and now, sending the stock lower after a weak first-quarter report.