Please ensure Javascript is enabled for purposes of website accessibility
Log In Help Join The Motley Fool
Free Article Join Over 1 Million Premium Members And Get More In-Depth Stock Guidance and Research
By Beth McKenna - Updated May 8, 2018 at 3:10PM

Tech high-flyer NVIDIA Corp. (NVDA -4.20%) is slated to report its fiscal first-quarter 2019 earnings on Thursday after the market close.

The graphics processing unit (GPU) specialist is barreling toward the report with a lot of momentum. It's coming off a year in which its revenue grew 41%, and adjusted earnings per share increased a whopping 88%. And it announced many innovative new products at its GPU Technology Conference in late March.

Moreover, its stock has come roaring back in the last couple of weeks to recover from a pullback of nearly 15% that began in mid-March, just after it hit an all-time closing high of $250.48. The stock closed at $248.68 on Monday, within reach of a new record. Shares have returned 140% over the past 12 months, sprinting far ahead of the S&P 500's 13.6% return over the period. 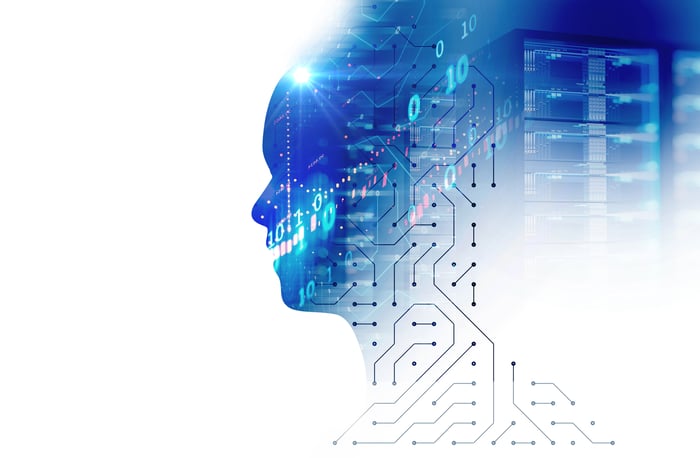 Here are the year-ago period's results, and Wall Street's estimates to use as benchmarks. (The quarter ended April 30.)

Of course, that sharp rise in the earnings estimate factors in an expected boost from the recent corporate tax cuts. But NVIDIA has a great track record of beating -- and sometimes crushing -- Wall Street's expectations.

NVIDIA's gaming platform -- the largest of its four target-market platforms -- has been performing well, and should continue to do so. Last quarter and in fiscal 2018 overall, gaming's revenue jumped 29% and 36% year over year, respectively. Gamers have been upgrading to NVIDIA's Pascal-based GeForce graphics cards, and more of them have been purchasing higher-end cards, due largely to the growing popularity of esports and to higher-quality video games being released. Moreover, the number of gamers around the world is increasing.

NVIDIA investors shouldn't pay much attention to the brouhaha in the cryptocurrency sector. Granted, that market's extreme volatility -- up huge last year, plunging this year -- will likely cause some short-term oscillations in NVIDIA's gaming results, but those should lessen over time. (As background, some digital currency miners buy NVIDIA's GeForce gaming cards to power their rigs, rather than the company's application-specific boards.)

Sales of NVIDIA's data-center platform -- its second-largest business -- -- have been growing at a torrid pace in recent years. Last quarter and in fiscal 2018, this platform's revenue rocketed upward by 105% and 133%, respectively, year over year. In Q4, it accounted for about 21% of the company's total revenue -- and that percentage should continue to increase.

This growth is being driven by the expanding use of artificial intelligence (AI) systems, and the growth in high-performance computing (HPC). NVIDIA's GPUs have emerged as the favored hardware to do the heavy computational lifting within deep-learning (DL) networks and HPC systems. (DL is a subset of AI that aims to teach machines how to mimic the way humans make inferences from data.) Every major internet company, cloud-computing service provider, and server maker has adopted NVIDIA's Tesla V100 GPUs, which are based on its Volta GPU architecture and began shipping in Q2 last year.

The automotive segment is poised to profit from driverless vehicles

Sales of NVIDIA's automotive platform are small and slow-growing relative to the company as whole. Revenue from that segment increased just 15% in fiscal 2018, and accounted for just 5.7% of the company's total.

However, revenue from this platform is likely to significantly rev up when driverless vehicles become legal to sell across the county, which many industry watchers believe could occur as early as 2021. More than 370 automakers, truck manufacturers, and others are developing vehicles and systems based on NVIDIA's AI-powered autonomous vehicle platform, DRIVE PX. The company's plethora of partners in the space include top names such as Toyota, Audi, Mercedes-Benz, and Uber.