Please ensure Javascript is enabled for purposes of website accessibility
Log In Help Join The Motley Fool
Free Article Join Over 1 Million Premium Members And Get More In-Depth Stock Guidance and Research
By Daniel Miller - Updated May 9, 2018 at 3:28PM

Global potential and an evolving industry could propel these two stocks to new heights down the road.

As major indices continue to trade near record highs, it has become more difficult to hunt down valuable stocks at cheap prices. But if you can find those stocks, and if those stocks happen to boast a dividend yield of 3%, it gives investors an opportunity for solid returns at a time when many stocks are overpriced. Both Williams-Sonoma, Inc. (WSM 1.98%) and Ford Motor Company (F 2.21%) offer investors just that opportunity. Here's why.

The key to retail

When hunting for ultra-cheap stocks, investors will find that many major retailers have been sold off. One of the very first questions investors should ask themselves before scooping up shares of an undervalued retailer is: does the company have a viable e-commerce strategy? The answer to that question, in regards to Williams-Sonoma, a home furnishings retailer, is a resounding yes.

Williams-Sonoma, which owns eight distinct brands – including Pottery Barn, West Elm, and its namesake Williams Sonoma, among others -- spanning a range of demographics, generated more than half of its fiscal 2017 net revenues from e-commerce. Since 2000, the company's e-commerce revenue compound annual growth rate (CAGR) is a staggering 25%. The company has had wild success online, but it understands striking a balance is critical for growth. 47% of its fiscal 2017 revenues came from retail, as opposed to e-commerce, which management believes drives brand awareness and is the frontline for consumer acquisition. 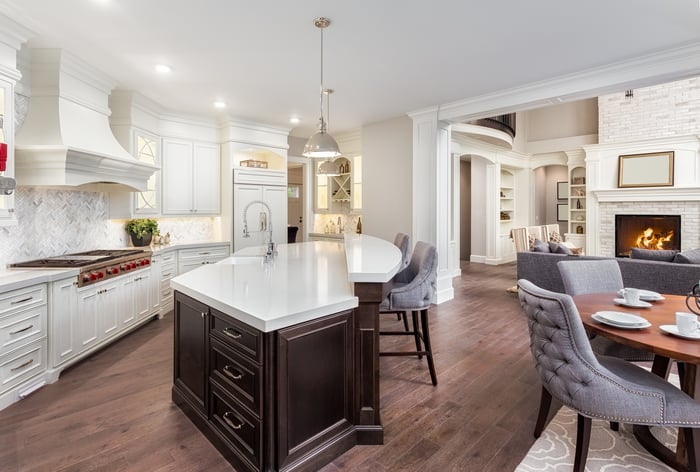 Going forward Williams-Sonoma can do many things to juice its financial results, but international expansion is one big opportunity. Today the company's overseas presence is limited to 128 selling locations that generate roughly 6% of revenue. However, management has identified e-commerce and retail locations in markets across 6 continents that could help Williams-Sonoma grab its fair share of a $350 billion addressable market.

Williams-Sonoma is currently trading at a cheap 15 price-to-earnings ratio -- which is actually an inflated multiple as it took a charge from the change in corporate taxes during the fourth-quarter -- and offers investors a recently increased dividend as well. In March management announced a 10% increase to the quarterly cash dividend, to $0.43 per share, to reach a dividend yield of 3.6%. The retailer has a successful e-commerce strategy and plenty of growth; at this price and with a solid dividend yield, Williams-Sonoma is a solid option for dividend investors.

Don't give up on Detroit

In recent years the future of the automotive industry has become more clear: it's all about driverless vehicles, electric vehicles and smart mobility projects that can generate new revenue streams, similar to Uber. However, those things are all expensive to develop and won't bear fruit for years, likely longer. It's that near-sightedness that has put Detroit automakers on the Wall Street chopping block – but that gives you an opportunity. You may have missed recent announcements, but Ford delivered two big nuggets of info.

First, Ford Smart Mobility and Zotye signed a memorandum of understanding to create a joint venture to produce and provide smart, customized all-electric vehicle solutions for fleet operators and drivers in China's ride-hailing industry, according to the two companies. It's a business difficult for us to grasp at this early stage, but consider that Boston Consulting Group expects China's 'e-hailing' market to grow 19% annually through 2022 with a total fleet size that could grow to 26 million. The world is driving toward driverless electric vehicles powered by smartphone applications and big data – and if Detroit automakers can generate revenue from each aspect of that future, the revenue and profit potential is lucrative. 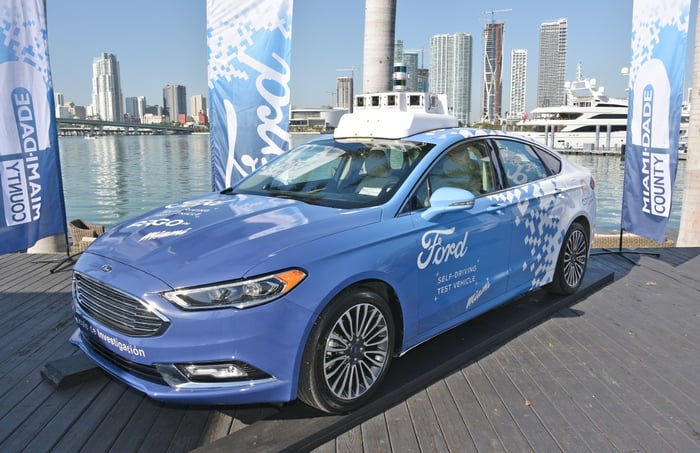 To help offset those increasing capital expenditures for a driverless future, Ford made another drastic announcement that it planned to axe many of its passenger cars in the U.S. market. Only the Mustang and upcoming Focus Active will remain in the near-term and it'll put the automaker on a path to generate nearly 90% of its North American sales from light trucks. Trucks, SUVs, and crossovers are the healthiest part of Ford's business, and CEO Jim Hackett intends to feed that to America in an attempt to become more profitable. In addition to focusing on a healthier sales mix, despite the risks of largely ignoring cars in the U.S. market, Ford is aiming to generate $25.5 billion in cost savings by 2022 -- almost double what it originally targeted.

Time will tell how these two moves turn out for Ford as the automotive industry rapidly evolves, but if they pan out Ford's offering investors a stock trading at a paltry price-to-earnings of 6x and a dividend yield of 5.3% -- pretty enticing for investors bargain hunting.