Please ensure Javascript is enabled for purposes of website accessibility
Log In Help Join The Motley Fool
Free Article Join Over 1 Million Premium Members And Get More In-Depth Stock Guidance and Research
By Anders Bylund, Chris Neiger, and Ashraf Eassa - May 10, 2018 at 4:17PM

Here's a handful of interesting tech stocks whose time has come.

The tech sector always has a plethora of interesting investment ideas clamoring for your attention. Some of these ideas are stronger than others, and it never hurts to get some help from a team of experts to separate the wheat from the chaff.

We asked a handful of your fellow tech investors here at The Motley Fool what they see as the best tech investments in early May. Read on to see why our panelists recommend Taiwan Semiconductor Manufacturing (TSM -5.81%), PayPal (PYPL 2.23%), and Crown Castle International (CCI 2.36%) at this moment in time. 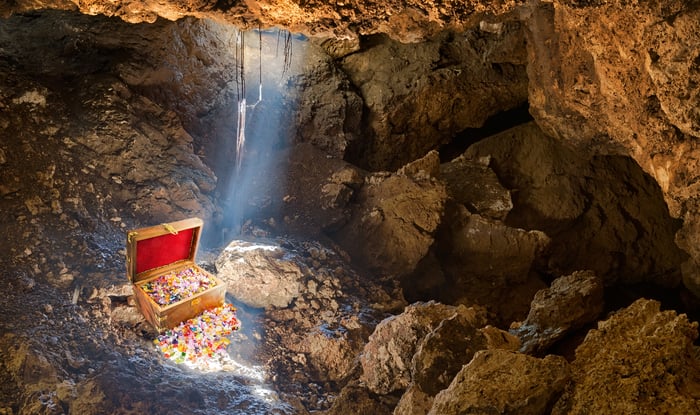 Chris Neiger (PayPal): PayPal may be a common name in the digital-payments space, but its ongoing growth is anything but common. The company added 8.1 million new active accounts in its first quarter, a 35% year-over-year jump, which brings PayPal's total accounts to a very impressive 237 million.

As PayPal's users have increased, so has the amount the company processes through its payment platform. PayPal's total payment volume (TPV) increased by 27% in the most recent quarter, and revenue popped by 24%, to $3.69 billion. Strong sales growth is great, of course, but PayPal is bringing in solid earnings for its investors, as well. The company reported $511 million in net income and $0.57 in adjusted earnings per share in the first quarter, a 29% year-over-year jump.

If PayPal's core business was the only thing going for it, investors would have a lot be happy about. But the company is also making some big moves in the mobile peer-to-peer (P2P) space with its Venmo app. Venmo processed a total of $12.3 billion in the quarter, an increase of 80% year over year.

PayPal continues to plan for a future where more U.S. consumers don't use cash, and Venmo is a big part of that. The company now has 2 million merchants across the U.S. using the payment-processing app, which allows consumers to easily pay for items using just their phones. PayPal has begun rolling out new services to monetize the app, and now charges some users a $0.25 fee to instantly move money from the app into their bank account.

If all that weren't enough to entice prospective investors, then consider that PayPal's management is forecasting revenue to be between $3.78 billion and $3.83 billion, or up 19% to 20% on a currency-neutral basis. Additionally, management expects non-GAAP earnings per share to be between $0.54 and $0.56, which would represent more than 20% growth at the midpoint.

PayPal is already a household name, but the company continues to thrive like a burgeoning new company. Investors looking for a strong tech stock to add to their portfolios should certainly give this company a closer look.

This castle made of clouds looks solid

Anders Bylund (Crown Castle International): This owner and operator of cell towers and other wireless connectivity sites has seen share prices slide 8% lower in 2018. For a company that's preparing to exploit the upcoming rollout of 5G networking standards among its core American clients, that looks like a buy-in opportunity.

Armed with 50,000 small-cell nodes already deployed and firm orders for another 30,000 towerless connection points, Crown Castle is poised to make the most of the 5G revolution. As a reminder, 5G technologies will support much larger numbers of connected devices, which goes hand in hand with an expected explosion of networked devices under the Internet of Things banner. One megatrend supports the other, and Crown Castle is in position to benefit from these synergies.

But right now, Crown Castle investors are more concerned with the proposed merger between T-Mobile US (TMUS 1.69%) and Sprint (S). These two customers accounted for a total of 33% of Crown Castle's total first-quarter sales, so any cost-cutting moves that might follow from that acquisition would eventually be bad news for Crown Castle. That's why the stock is trading lower in May.

It's a legitimate concern, but hardly an immediate kidney punch to Crown Castle's income statement. The sites that actually serve both Sprint and T-Mobile today only make up 12% of Crown Castle's current sales -- 6% from each telecom -- and their tower leases are tied to multiyear contracts that cannot be canceled. The average remaining lease agreement between T-Mobile and Crown Castle stands at five years today, and the average Sprint contract has seven years left to play out. So if worst comes to worst, the resulting revenue bleed will be drawn out over several years. And at the same time, the IoT and 5G installations will keep pouring in.

The long-term story remains intact, and Crown Castle is selling at a discount for all the wrong reasons today. You should consider taking advantage of these inaccurate share prices.

The company's shares recently came under pressure after it provided financial guidance for the second quarter that was below analyst expectations, thanks to a slowdown in mobile processors -- though that weakness was partially offset by shipment strength in cryptocurrency chip shipments. In the near term, it'll be tough for TSMC to make up for the weakness in mobile processors, as TSMC isn't immune to broader market trends and the smartphone market is under pressure. Over the long term, however, I think things look good for the company.

For example, as artificial intelligence chip shipments grow, TSMC is poised to benefit, as it's the go-to contract chip manufacturer for virtually all of the small and large players here. Moreover, while smartphone unit shipments are proving to be a bit of a letdown, smartphones keep getting more complex -- which means that the chips inside of them get more complex, a trend that benefits TSMC.

Moreover, TSMC is a reasonably cheap stock, trading at less than 18 times trailing-12-month earnings. Considering that the company's long-term growth prospects look bright and its position in the markets that it serves is strong and seemingly getting stronger, this is a chip stock that I think investors should seriously consider for their portfolios.