PayPal Holdings' (NASDAQ:PYPL) first-quarter earnings report, released on April 25, provided ample evidence of the sustainability of its recent revenue and earnings trends. Let's look at the raw numbers and pertinent details from the filing and examine how the past quarter highlights PayPal's unique strengths. 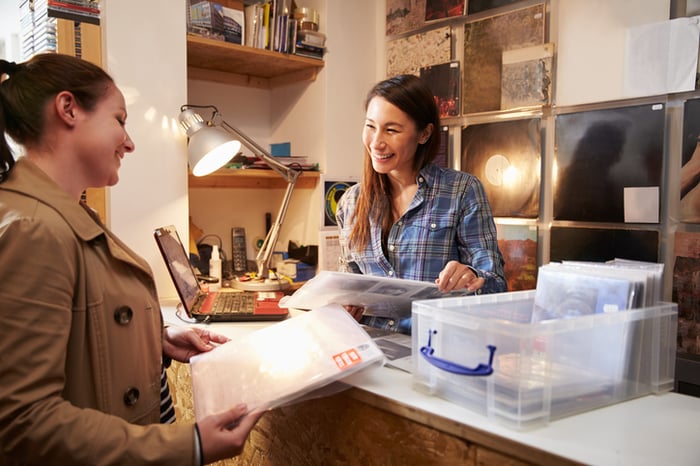 It's been widely noted that PayPal has thrived over the last two years by forming partnerships with potential competitors, from tech giants to bank card issuers. That deal making continued during the last quarter, as the organization inked agreements with two of Spain's leading banks, CaixaBank and Bankia. Caixa Bank's business customers can now offer PayPal as a payment option on their websites. And Bankia's retail customers can link Bankia cards to a PayPal wallet, thus funding online purchases on PayPal merchant websites.

Also during the quarter, JP Morgan Chase made purchases via PayPal merchant sites one of the few ways Chase Freedom credit card cardholders can receive 5% cash back on purchases. Similarly, attractive perks are in the offing for customers of British bank Barclays following yet another deal PayPal concluded last quarter. For example, Barclays' U.S. cardholders will soon be able to redeem credit card rewards points for purchases at PayPal merchants.

I cite the examples above not simply to provide an update on new agreements the transactions giant has sealed since the last reporting period, but to illustrate how these financial institutions are increasingly realize that PayPal has high utility for their customers, and enhances their own offerings.

This perception of added value is also helping PayPal expand its merchant base. During the Q1 earnings conference call, CEO Dan Schulman noted that sale conversions on mobile devices are typically low, which is an issue for merchants as customers increasingly shop online. Schulman relayed that PayPal's instant payment "One Touch" feature has lifted its mobile conversion rate to nearly 90% -- more than twice the industry average.

Of course, to maximize the yield on its growing network of card issuers and merchants, PayPal must also reel in new users, and widen the universe of potential customers. One of the ways the company is expanding its total addressable market is through the pursuit of a customer population largely ignored by banks and credit card companies: the "underbanked." These consumers lack access to traditional banking services and revolving credit products.

In April, PayPal announced a partnership with M-Pesa, a Kenyan payment service that enables the underbanked to make payments and transfer funds via their mobile phones. The tie-up allows M-Pesa account holders to purchase goods globally online from PayPal merchants. It also helps Kenyan businesses tap into the international market for goods and services, as micro-businesses and freelancers with M-Pesa accounts will now be able to sell to foreign purchasers.

Recently, PayPal also issued its PayPal Cash Mastercard, designed for U.S. consumers outside the traditional banking system. The prepaid card can be loaded at over 20,000 retail locations in the U.S., and it's distinctive for its lack of monthly fees and minimum balance requirements. Users can receive funds via direct deposit into their PayPal Cash account, and even deposit checks using image capture, a feature typically available only to traditional bank account holders.

PayPal advanced to its present market position by making it extremely easy for customers to shop online and move funds between payment sources. It's using the same approach -- presenting tangible benefits that are difficult to pass up -- to turn competitors into partners, secure greater merchant participation, and widen its customer base. 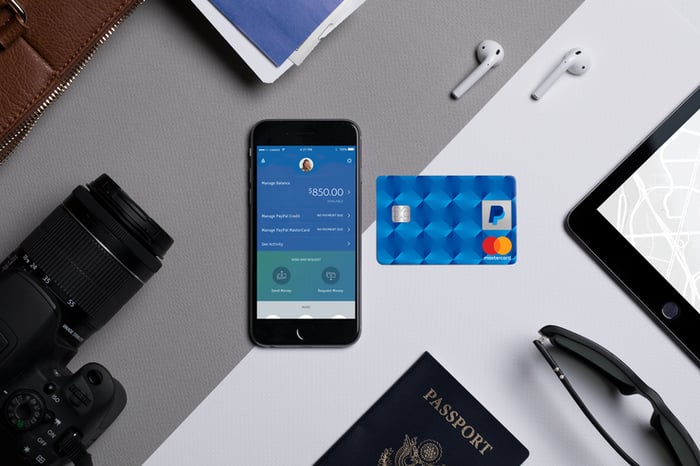 In the earnings release, management provided its typical broad guidance for annual revenue and earnings per share (EPS). After adjusting for the sale of its credit receivables portfolio to Synchrony, which will cut about 3.5 percent off the top line, PayPal expects full-year revenue to advance by 16% to 18%. This translates to a revenue range of between $15.2 and $15.4 billion. The company projects that diluted EPS will fall within a band of $1.73 to $1.76, versus $1.47 of diluted EPS in 2017. At the midpoint, that would be  roughly 19% earnings growth -- in line with its recent high double-digit percentage growth results.