Please ensure Javascript is enabled for purposes of website accessibility
Log In Help Join The Motley Fool
Free Article Join Over 1 Million Premium Members And Get More In-Depth Stock Guidance and Research
By Lisa Schmeiser - May 10, 2018 at 9:17AM

The company used to be a poster child for massive underperformance both among customers and among investors. It's been making changes

F. Scott Fitzgerald assessed the likelihood of comebacks in America in the essay "My Lost City," writing, "I once thought that there were no second acts in American lives, but there was certainly to be a second act to New York's boom days."

The sentiment applies to businesses, too. Groupon's (GRPN 7.10%) reputation began sliding in 2011 and it only kept slipping downward over the next few years. It missed analysts' forecasts quarter after quarter. The stock plunged on understandable concerns that the company couldn't figure out how to do business. The company faced both internal drama (one former CEO, Eric Lefkofsky, was nicknamed "Punchable" by another former, CEO Andrew Mason, who said, "He seemed like a guy I wanted to punch, because he's so insensitive to creating any kind of decorum or comfort for anybody") and external hits to its reputation as angry merchants and disgruntled customers took their complaints to the press.

But then, Groupon began working on its second act. It hired a new CEO in 2015, then promptly closed down businesses in Morocco, Panama, the Philippines, Puerto Rico, Taiwan, Thailand, Uruguay, Greece, Turkey, Sweden, Denmark, Norway, and Finland.

In 2016, Groupon doubled down on improving its business, paring costs and buying up the remains of what had once been its biggest competitor, LivingSocial, in a deal that valued LivingSocial at so little, Groupon said, "the acquisition consideration is not material." 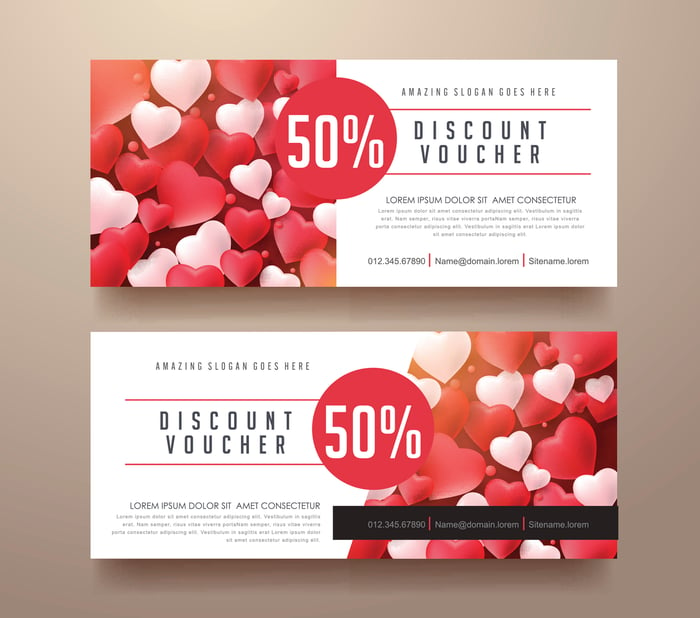 And by 2017, Groupon was behaving like a business: It grew its gross profit, it overhauled its operating expenses ... and it was helped along by a huge booster shot of free publicity. On July 19, 2017, comedian Tiffany Haddish made an appearance on the late-night Jimmy Kimmel Live! show and over the course of seven minutes, talked about the experience of taking Jada Pinkett Smith and Will Smith on a swamp tour she had booked via Groupon. The clip went viral. 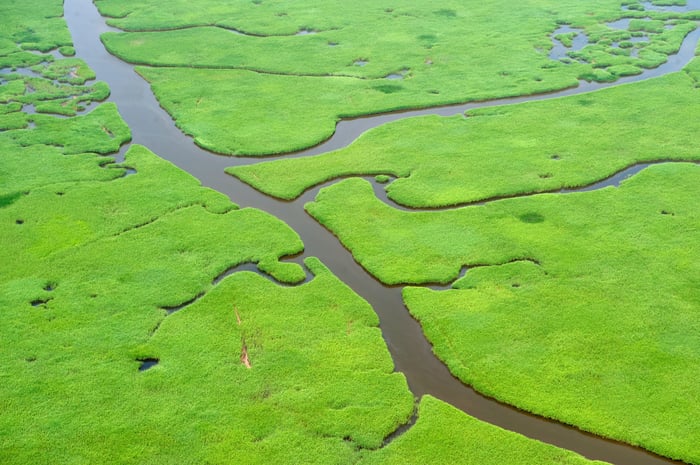 Pictured: Wetlands, where one could have had $66 worth of fun with the swamp tour specials on Groupon. Image source: Getty Images.

Now, it's entirely possible that Groupon executed some stealth marketing to get that story placed on a late-night TV show. It did boost its marketing expenses by 14% in 2017 to $400 million. And that didn't all go to grabbing and retaining customers. While Groupon added 1.7 million active customers in 2017 -- for a total base of 49.5 million active customers with gross profit per customer staying steady at $27 -- the strategy of the spending, the company said, was "driving brand awareness and educating consumers through offline ad campaigns."

(And real conspiracy theorists about Haddish being paid to shill for Groupon point out that there exists not one paparazzi photo of Will Smith and Jada Pinkett Smith on a fully booked swamp tour.)

But whether Groupon's 2017 marketing spend included Haddish, its 2018 budget does: Haddish is now a spokesperson for Groupon and the site notes:

Tiffany ranks in the top one percent of most frequent Groupon purchasers and has literally saved thousands of dollars as a Groupon customer. She's also been a strong Groupon advocate with her fellow celebrities and co-stars, taking a Hollywood A-list couple on a swamp tour experience while filming "Girls Trip" in Louisiana.

By capitalizing on celebrity cachet -- and building off a strong 2017 -- Groupon's continued to burnish a second act. It flashed its Internet culture fluency by announcing a cat as its new "fuzzy smart assistant" on National Pet Day, showing a confidence in its business by being willing to court more positive attention.

Groupon touts that Oliver offers "hands-free help around the house." But, he's a cat. So Groupon notes that "anatomically, Oliver is hands-free and does not help with anything around the house." His "extension cord" is a ball of yarn. His "protective case" is a cardboard box.

Groupon's ready to reengage with the Internet as the generator of memes, as opposed to becoming the punchline of them. Speaking the marketing language of a mobile-first audience could help it build brand equity with a group of young adults who will then make it a routine component of experience-based or bargain e-commerce.

Groupon's still not back to a $16 billion valuation like it had in its first act. But its second seems to be keyed to elements that play well in 2018: solid fundamentals in how it does business, a focus on mobile customers and local deals, and an understanding of how Internet attention may be the most effective profile-raiser of all.