Please ensure Javascript is enabled for purposes of website accessibility
Log In Help Join The Motley Fool
Free Article Join Over 1 Million Premium Members And Get More In-Depth Stock Guidance and Research
By Keith Speights - May 10, 2018 at 6:30AM

How did the biotech company's Q1 results look? It's complicated.

There haven't been many positive catalysts for MannKind Corporation (NASDAQ: MNKD) in a few months. The stock is down significantly so far in 2018 after starting off with some nice gains. But there was at least a chance for some good news when the company reported its first-quarter results after the market closed on Wednesday.

As it turned out, the biotech did have some good news. Unfortunately, like the spaghetti Western movie that Clint Eastwood starred in back in the 1960s, the good came along with the bad and the ugly. 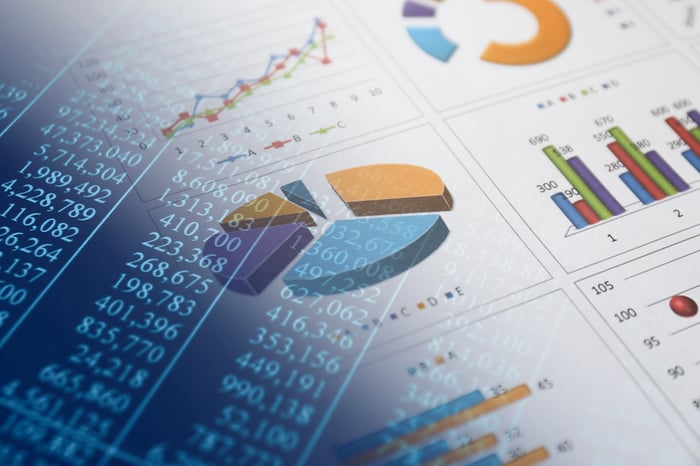 Let's start with the good news for MannKind. Sales for the company's inhaled insulin product, Afrezza, skyrocketed 184% year over year. The comparison to the prior-year period looked even better using the company's 2017 revenue recognition model, with a year-over-year sales increase of 234%.

MannKind CEO Michael Castagna called this jump in Afrezza sales "solid growth" to start 2018. He also stated that it reflected the company's "progression as a fully integrated commercial enterprise and our focused promotional efforts."

The company's prior debt restructuring efforts also made a positive difference in the first quarter. Interest expense dropped roughly 15% year over year.

There was also another positive development in the first quarter from MannKind's pipeline. In March, the company initiated a phase 1 clinical study of Treprostinil Technosphere, a drug-device combination product for the treatment of patients with pulmonary arterial hypertension. Like Afrezza, the product is inhaled.

The bad news, however, is that Afrezza's net sales in Q1 were only $3.4 million. That's still really low. In addition, total prescriptions for Afrezza declined a little from Q4 to Q1.

When I spoke with Michael Castagna in November, he stated that he expected the positive impact of Afrezza's label expansion granted by the FDA in October would take as little as two months for experienced sales reps and up to as much as six months for new reps.

The front end of Castagna's time frame began in December, while the latest anticipated impact would have been felt in April. You might think that Afrezza's sales would have enjoyed a nice bump in the first quarter. However, MannKind chief commercial officer Pat McCauley mentioned in the company's Q1 conference call that the effects from the label expansion haven't been as great as expected.

At first glance, it even looks like Afrezza lost ground during Q1 compared to Q4. MannKind reported net sales for the drug of $4.5 million in the fourth quarter. But while the Q1 sales figure appears to be a steep decline, remember that MannKind adopted the new revenue recognition standard. On an apples-to-apples basis, Afrezza sales increased from the previous sequential quarter.

The ugly news for MannKind is that the company continues to lose a lot of money. MannKind reported a Q1 net loss of nearly $30.4 million. That's a little better than the $32.8 million loss in the fourth quarter, but it's a lot worse than the loss posted in the prior-year period.

MannKind ended the first quarter with cash, cash equivalents, and restricted cash of $27.2 million. However, the company issued more stock in early April. This action raised $26.3 million of net proceeds, but it also caused MannKind's stock to tank.

It appears inevitable that MannKind will have to go back to the well again within the next few months to bring in more cash to fund operations. Doing so, though, would yet again dilute the value of existing shares and result in the stock price falling even more.

Another stock offering is probably the most important thing for investors to watch for in the months ahead. That's obviously a negative, but there could also be some positives in the coming months.

MannKind announced a new partnership with Cipla to market and distribute Afrezza in India. There are an estimated 73 million people in India with diabetes, so this represents a significant market for the company. As part of the deal, MannKind will receive $2.2 million upfront plus potential regulatory milestone payments and royalties on sales of Afrezza in India.

The company also plans to present at several key clinical conferences over the next several months. MannKind will be at the American Association of Clinical Endocrinologists next week and at the American Diabetes Association in June, followed by other conferences later in the year. These are important because they give the company opportunities to influence thought leaders in diabetes.

MannKind still expects Afrezza net sales between $25 million and $30 million in 2018. Even if the company hits the upper end of this guidance, it seems likely that MannKind will continue to experience good news, bad news, and unfortunately still more ugly news for a while to come.