Please ensure Javascript is enabled for purposes of website accessibility
Log In Help Join The Motley Fool
Free Article Join Over 1 Million Premium Members And Get More In-Depth Stock Guidance and Research
By Timothy Green - May 11, 2018 at 10:22AM

GCI Liberty (GLIBA) reported its first-quarter results after the market closed on May 9. A complex transaction that merged certain assets of Liberty Ventures Group with what was then known as General Communication and resulted in the split-off of GCI Liberty closed on March 9. Alaskan communications provider GCI Holdings is now the main source of revenue for GCI Liberty.

GCI's stand-alone results suffered from a weak Alaskan economy and cuts to a program that subsidizes services to rural healthcare providers. The company is successfully signing up consumers for higher-cost internet plans, but the rest of the business is losing subscribers. Here's what investors need to know about GCI Liberty's first-quarter results. 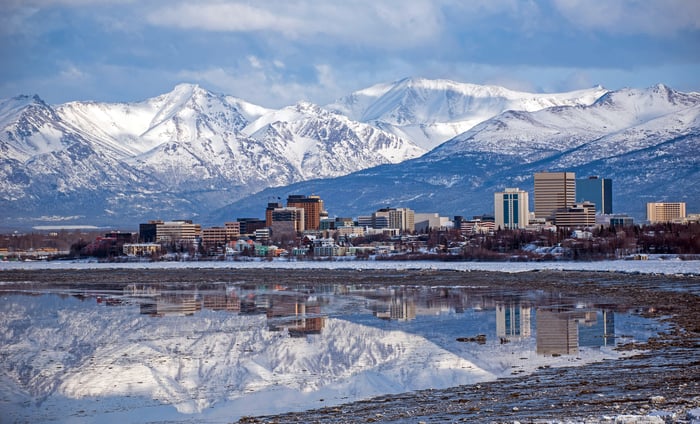 The biggest challenge has been the state of the economy up there. However, we're beginning to see some green shoots in 2018, and we're hopeful to see job growth in 2019, partly influenced by the rising oil price. We're also, importantly, seeing positive signs related to fiscal policy from the state government up there.

As I've mentioned before, we gained revenue and lost revenue in all the right places. High-margin revenue was generally higher and low-margin revenue was generally lower. In addition to the improved mix of revenues, we have real efficiencies in the business, and better procurement practices that are leading to an improved cost structure. We continue to make headway in simplifying our network and our processes, both of which lead to cost savings.

A combination of a tough economy in Alaska and a shortfall in the Rural Health Care Program knocked down GCI's revenue during the first quarter. The consumer internet business was a bright spot, growing by 8%, but that was more than offset by declines elsewhere. GCI's adjusted operating income before depreciation and amortization dropped 5% year over year, so the extra high-margin revenue from internet services wasn't enough to prevent a decline in the bottom line.

GCI returning to growth depends on the Alaskan economy turning around. The company sees some positive signs on that front, but the timing of a recovery is still up in the air.