Please ensure Javascript is enabled for purposes of website accessibility
Log In Help Join The Motley Fool
Free Article Join Over 1 Million Premium Members And Get More In-Depth Stock Guidance and Research
By Evan Niu, CFA - May 11, 2018 at 3:43PM

The market may have overreacted yesterday.

Shares of Infinera (INFN -1.24%) have rebounded today, up by 8% as of 3 p.m. EDT, following a sell-off yesterday that came in response to first-quarter earnings. Investors may realize they overreacted.

First-quarter earnings results had topped expectations, and guidance for the second quarter also came in above the consensus estimate. Yesterday's drop could have potentially been driven by some comments from CEO Thomas Fallon on the earnings call, when Fallon noted that many of Infinera's larger competitors have been very aggressive on pricing lately. 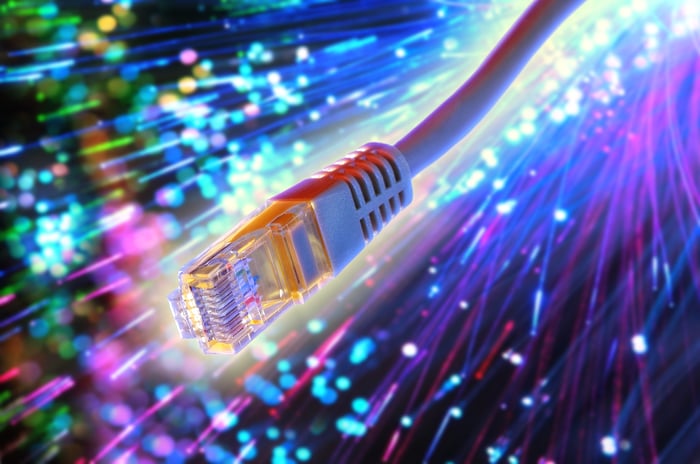 Fallon made it clear that Infinera wasn't overly concerned, but the comments could have still rattled investors. "And we're seeing very, very aggressive pricing from some of the larger guys," Fallon had said. "I don't raise it up because it scares us to death, I raise it up because it is a little bit of a new dynamic and I think that there is a little bit of a land grab mentality going on."

Shares lost 20% of their value yesterday, despite the fact that many of Infinera's pertinent metrics are starting to improve. For the second quarter, the company said sales should be in the range of $203 million to $213 million, while analysts would have been happy with just $203.4 million in revenue.

For the latter half of the year, Fallon is "cautiously optimistic" that Infinera will be able to grow. The company is "on track" to be profitable and post positive operating cash flow for the second half of 2018.