Please ensure Javascript is enabled for purposes of website accessibility
Log In Help Join The Motley Fool
Free Article Join Over 1 Million Premium Members And Get More In-Depth Stock Guidance and Research
By Keith Noonan - Updated May 11, 2018 at 8:41AM

The shares fell 11.6% in March but saw a double-digit rebound last month and have continued to climb in May. 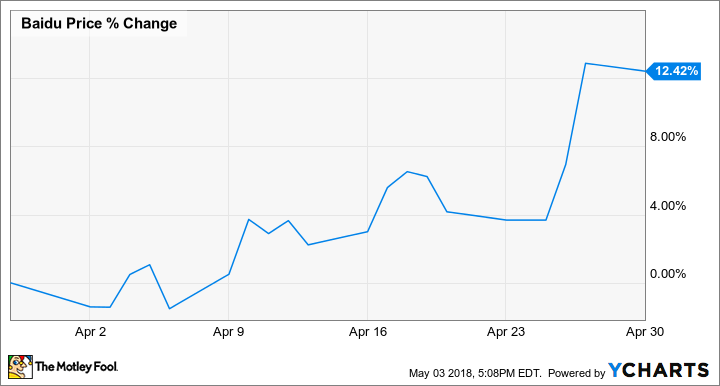 The Chinese search giant saw its shares rebound from a roughly 12% sell-off in March. The stock gained ground thanks to strong earnings performance and an upswing for the valuation of its recently spun-off streaming video subsidiary iQiyi. 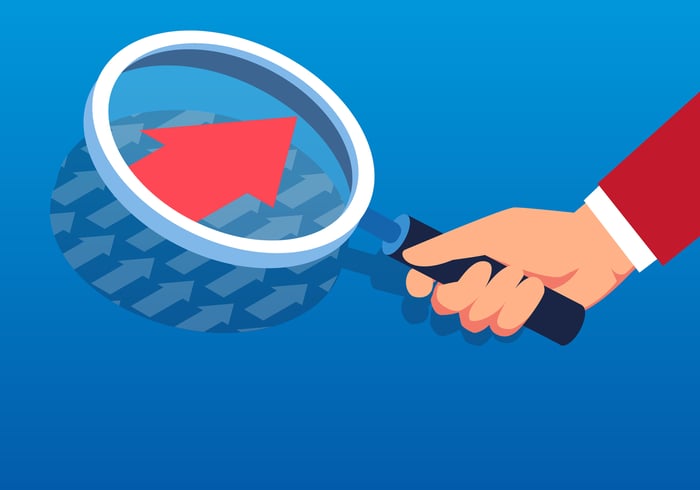 A double-digit sell-off in March helped set the stage for a double-digit rebound in April. Baidu delivered a very strong first-quarter earnings report on April 26. That helped the stock snap back from the effects of iQiyi's disappointing initial public offering and fears of worsening trade relations between the U.S. and China that caused valuation declines in the previous month.

The company's adjusted earnings in the first quarter climbed 139% year over year to reach $2.60 per share -- trouncing the average analyst estimate of $1.73 per share. Sales for the quarter were up 31% year over year at $3.33 billion, also topping the average analyst estimate of $3.1 billion. Strong performance for the company's news-feed business and a 19% year-over-year revenue increase per online marketing customer helped drive results in the quarter.

Shares are up another 7% in May so far. Based on Baidu's strong revenue gains in the last quarter and operating margins rising to 22% from 13% in the prior-year quarter, the effects of China's 2016 crackdown on the internet-advertising market appear to be diminishing. Baidu has been the presumptive favorite in the Chinese search-engine market and still has room for growth in the space as the country's internet market expands. But there is a rising challenger that investors should keep an eye on. Shenma, an Alibaba-backed mobile search engine, has quickly been gaining market share.