Please ensure Javascript is enabled for purposes of website accessibility
Log In Help Join The Motley Fool
Free Article Join Over 1 Million Premium Members And Get More In-Depth Stock Guidance and Research
By John Ballard - May 13, 2018 at 11:46AM

In-game spending for "NBA 2K18" and "Grand Theft Auto," as well as new content releases from smaller games, should carry the quarter.

Take-Two Interactive (TTWO 1.25%) will report its fiscal 2018 fourth-quarter earnings on May 16, after the market close.

Once again, the two big games expected to generate strong digital sales in the quarter are Grand Theft Auto V (GTA V) and NBA 2K18. Both games have had strong player engagement lately, reflected in high growth in recurrent consumer spending (what management calls digital in-game spending), which now makes up about half of Take-Two's business.

Other games, including Civilization VI and Kerbal Space Program, had new content released during the quarter. Along with positive trends in the company's bigger franchises, this should translate to a particularly strong quarter for digital revenue growth when the company releases its fourth-quarter earnings. 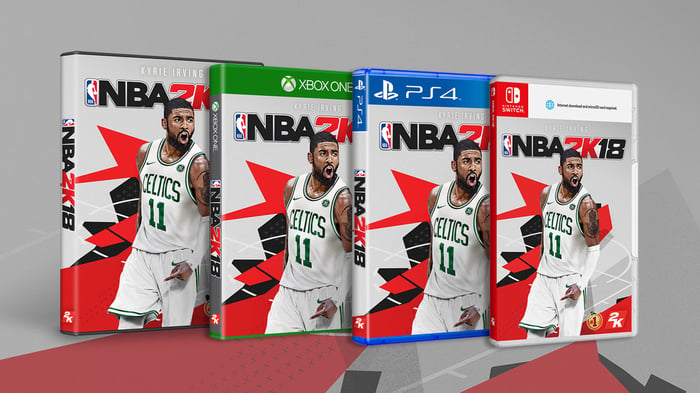 It should be a solid ending to the fiscal year

First, let's look at management's guidance for the fourth quarter. Despite the delay of Red Dead Redemption 2, Take-Two is set to close the books on fiscal 2018 with year-over-year growth in non-GAAP revenue and solid profitability.

Management is calling for net bookings -- a non-GAAP number for net revenue -- to be in the range of $410 million to $460 million, representing growth of 7% year over year at the midpoint of guidance. This reflects expectations for continued strong player engagement and unit sales of GTA V as well as growth in the NBA 2K franchise.

Operating expense is expected to increase 34% over the year-ago quarter due to the inclusion of the game developer Social Point, as well as higher marketing and R&D expense for upcoming new games and content. But Take-Two still expects to report a small year-over-year increase in GAAP earnings per share, which is expected in the range of $0.73 to $0.83, up from $0.72 reported in the year-ago quarter.

Keep in mind, management emphasizes cash flow performance over reported earnings. It expects to cap off fiscal 2018 with approximately $300 million in cash from operating activities. Capital expenditures are expected to be about $60 million, which leaves free cash flow at $240 million. This would be down from last year's free cash flow of $310 million, as management is incurring higher capital expenditures for the ongoing development of Red Dead 2 and a new unannounced title (rumored to be either a new BioShock or Borderlands game) set to release in the next year.

A March report by games researcher SuperData showed NBA 2K18 and GTA V ranking among the top 10 games in digital sales on console. These two games generally carry Take-Two's quarterly results, especially with respect to in-game spending, which has been a high-margin source of revenue that has helped Take-Two become more profitable in recent years.

In the year-ago quarter, recurrent consumer spending grew 64% and made up 50% of net bookings. In the third quarter of this fiscal year, it grew 44%. This was led by Grand Theft Auto Online (the multiplayer portion of GTA V), which achieved its highest player base to date following a series of free in-game content releases in the fall.

GTA V has sold more than 90 million copies since its 2013 release date. The game will likely deliver another solid quarter for the company, as the console-installed base has been steadily growing, providing an impetus for more sales.

NBA 2K18 has also been performing exceptionally well this year. The game has sold 25% more copies through the third quarter than the previous version in the series. Through the holiday quarter, total users and average daily users were up more than 20% year over year.

Additionally, investors will want to listen for management's update on NBA 2K League -- a professional esports league based on the game -- which is launching this month. Esports is expected to increase awareness for the franchise and continue to grow the player base. It's also seen as a long-term profit driver for the company, so this is a very important new initiative for Take-Two.

Finally, investors should watch how Social Point's mobile games are performing -- particularly its biggest games, like Dragon City and Monster Legends, which had significant content updates during the quarter. Also, there were new content updates for Civilization VI and Kerbal Space Program, which should have generated strong digital sales and increased engagement for those titles during the quarter.

Red Dead Redemption 2's release date now appears set for Oct. 26, 2018. Because of the high expectations for this game, management has been consistently calling for $2.5 billion in revenue and about $700 million in cash from operating activities for fiscal 2019. Once the fourth quarter results are out, investors will begin focusing on the year ahead, so any positive updates to this guidance would be particularly great news.