Please ensure Javascript is enabled for purposes of website accessibility
Log In Help Join The Motley Fool
Free Article Join Over 1 Million Premium Members And Get More In-Depth Stock Guidance and Research
By Rick Munarriz – Updated May 14, 2018 at 2:57PM

A fast-growing anime community site is now back above its IPO price, just in time for its first quarterly report as a public company.

One of this year's more obscure Chinese debutantes clawed its way back to its IPO price last week. Shares of Bilibili (BILI 0.46%) moved 14.7% higher, fueled by a timely bullish analyst initiation on the fast-growing online entertainment hub for fans of anime, comics, and games. The stock rose in each of last week's five trading days, and it's hoping to keep that streak going this week after opening higher on Monday.

Alex Yao at JPMorgan is starting his coverage of Bilibili with an overweight rating and a $14 price target. He sees Bilibili as the undisputed vertical leader when it comes to video content platforms targeting China's young Generation Z. He's encouraged by its multifaceted revenue model that remains in the early stages of development. 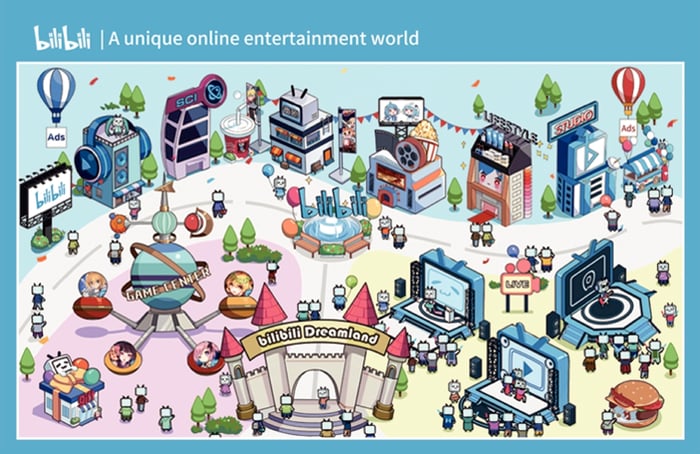 Bilibili hit the market two months ago priced at $11.50, the midpoint of its range. It wasn't a hot number. The stock opened at just $9.80, and traded as low as $9.62 before closing out its first day of trading at $11.24. It has been hovering in the pre-teens ever since. Bilibili stock has never gone on to revisit its opening day low, but it also didn't poke its head above $12 for the first time until Friday of last week.

Bilibili has evolved into a content community dedicated to anime videos, live broadcasting, and mobile games. Monthly active users rose 45% to 71.8 million by the end of last year. The average was up to 76.4 million active users through the first two months of this year. We'll get an update on Bilibili's progress when it reports its first financial results as a public company next week.

The platform is a draw to China's youth. A whopping 82% of its visitors are 18 or younger. Most of them are ad-supported freeloaders, as just 1.1 million of its users were paying members at the end of 2017.

Mobile games make up 83% of its revenue with online ads making up most of the rest of the mix. Monetization may be a challenge given its young audience, but its engagement is impressive. The average active user is pending 76 minutes a day on Bilibili.

Bilibili is growing quickly. Revenue soared 372% to hit $379.4 million last year. Growth should decelerate sharply in 2018, but analysts still see a 73% top-line burst to hit $654.7 million this year. Net losses have been narrowing, and analysts see Bilibili turning a profit by the end of this year.

Next week's first-quarter report will set the tone here. Bilibili reports after next Wednesday's market close, and it will be the first taste that investors get of how its doing since IPO. Investors should also walk away from next week's results with a feel of what to expect in the near term. Bilibili isn't a very popular stock now, but that should change -- for better or worse -- by the middle of next week.