It's another story on the bottom line, as adjusted net income declined 9% to $116 million -- or $0.17 a share. Analysts were holding out for $0.18 a share. Vipshop used to routinely beat Wall Street's profit targets, but it's now only done that once over the past four quarters. 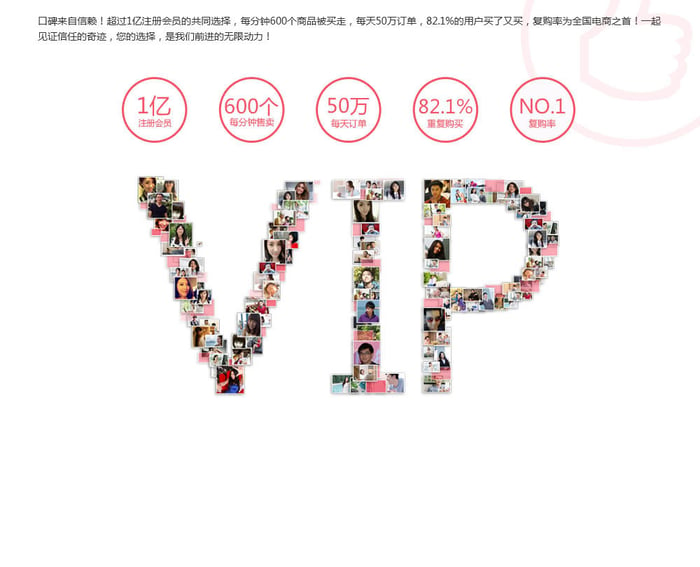 Vipshop's client base is holding steady. The number of active customers over the trailing 12 months has risen just 2% to 56.6 million. Vipshop's revenue growth is tied almost entirely to a 25% increase in orders and a 25% increase in revenue per customer. That's good -- and bad -- as it suggests that Vipshop is more at the mercy of the repeat business of existing customers than new shoppers.

It gets worse. Vipshop shares were racing higher earlier this year -- for the first time after more than doubling in three consecutive years through 2014 -- after announcing a partnership with JD.com (NASDAQ:JD) and Tencent Holdings (OTC:TCEHY). Vipshop rallied when the deal was announced, with JD.com and Tencent investing a combined $863 million in Vipshop. The partnership was supposed to give Vipshop more visibility on the platforms of its new larger investors, and Monday Vipshop spelled out how it's been on JD's app homepage since mid-March and an entry in Tencent's WeChat wallet since early April. This should've been the formula to breathe new life into its slowing sales growth, but this doesn't seem to be the case.

Vipshop's guidance for the current quarter calls for 17% to 22% in revenue growth. Vipshop has been conservative in the past, but even the high end of this range suggests we're eyeing an eighth consecutive quarter of decelerating growth. With a presence on JD.com and Tencent, slowing growth isn't a good look.

Investors have already accepted that earnings growth will be a challenge in the near term. Vipshop's earnings have declined for four straight quarters. The competitive marketplace is dictating heavy promotional activity to get noticed, and margins are getting squeezed in the process. However, slowing sales -- and analysts were already perched at the high end of Vipshop's net revenue range -- nip the initial enthusiasm of the collaboration with JD.com and Tencent.