Please ensure Javascript is enabled for purposes of website accessibility
Log In Help Join The Motley Fool
Free Article Join Over 1 Million Premium Members And Get More In-Depth Stock Guidance and Research
By Brian Feroldi - May 17, 2018 at 1:17PM

Shares jumped after the company shared new details from an important phase 3 study. Here's what investors need to know.

In response to the company sharing more details of a phase 3 study with investors, shares of Spectrum Pharmaceuticals (SPPI 5.31%), a small-cap biotech focused on hematology and oncology, jumped 16% as of 12:40 p.m. EDT on Thursday.

The study in question is called ADVANCE. This phase 3 trial was designed to demonstrate noninferiority of Spectrum's drug Rolontis when compared to Amgen's (AMGN -0.92%) megablockbuster drug Neulasta in patients with early-stage breast cancer.

While the company had already announced in February that the trial had met its primary endpoint, the initial release was light on details. Spectrum's new release today confirmed that all secondary endpoints of the study were met and that adverse events between the two drugs were similar. 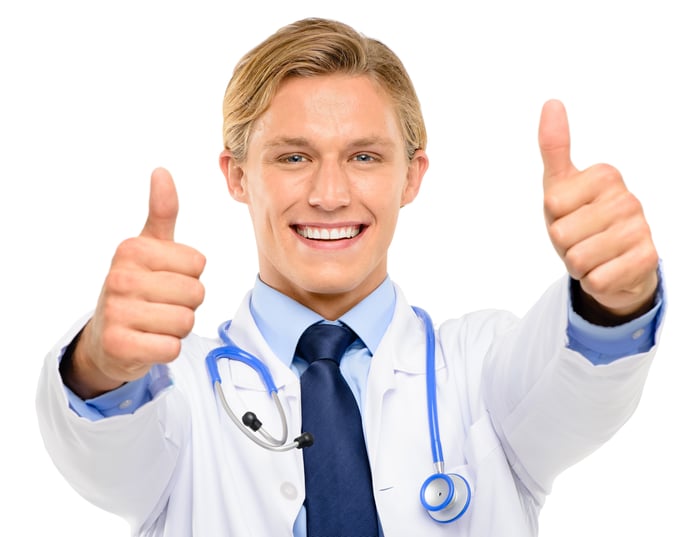 Here's what Spectrum's CEO Joe Turgeon had to say about the release of this additional data,"We are pleased that ROLONTIS has shown strong non-inferiority data and comparable safety profile to the current standard of care. ROLONTIS has the potential to be the first novel drug in this multibillion dollar market in more than 15 years."

Given the additional insight, it isn't hard to figure out why traders are bidding up shares of this red-hot stock yet again.

Spectrum has a second phase 3 trial under way that is studying Rolontis. The trial is expected to be completed before the end of the year, and management reaffirmed that it is on track to submit the drug for review in the fourth quarter of 2018. Since all of the updates we've seen thus far with Rolontis have been positive, the odds look good that Spectrum has another winner on its hands. If true, it wouldn't surprise this Fool one bit to see Spectrum's incredible run continue from here.