Please ensure Javascript is enabled for purposes of website accessibility
Log In Help Join The Motley Fool
Free Article Join Over 1 Million Premium Members And Get More In-Depth Stock Guidance and Research
By Daniel Miller - May 18, 2018 at 12:50PM

Investors were happy with Essendant's options, as two entities are eager to buy the company.

Shares of Essendant Inc. (ESND), a wholesale distributor of workplace items in categories such as office facilities, industrial, automotive, and others, gained 19% on Thursday after the company confirmed Sycamore Partners made a bid to buy the company. Sycamore Partners owns Staples.

Sycamore Partners owns roughly 9.9% of Essendant and made an offer to purchase the rest of the company for $11.50 per share in cash. Essendant closed at $13.10. Genuine Parts is also involved, with a prior offer for $12 per share. "We do not believe Staples' conditional, non-binding proposal to acquire Essendant for $11.50 per share in cash to be a superior proposal nor reasonably likely to lead to a superior proposal as defined under the terms of the Merger Agreement," Genuine Parts wrote in the statement, according to American City Business Journals. 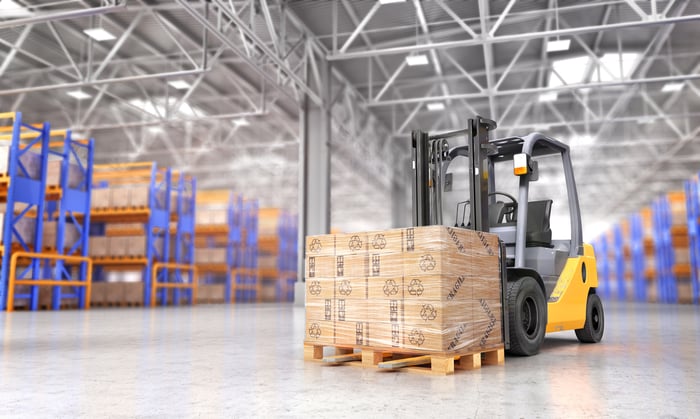 The bid from Sycamore Partners gives some insight to the future of Staples. For Staples, once a well-known and successful retailer of office supplies, bringing Essendant into the fold would indicate a push toward business-to-business retailing and further away from consumer retailing. Ultimately, the ball is in Essendant's court, and investors are happy about that.