Please ensure Javascript is enabled for purposes of website accessibility
Log In Help Join The Motley Fool
Free Article Join Over 1 Million Premium Members And Get More In-Depth Stock Guidance and Research
By Rich Duprey - May 18, 2018 at 11:11AM

It's full steam ahead with the app, despite its causing the social-media platform's problems this quarter.

Shares of Snap (SNAP 0.30%) lost over 20% of their value following a disastrous first-quarter earnings report, as investors punished the Snapchat maker for worsening operating trends. The company has now lost more than half its value since its initial public offering one year ago.

Meanwhile, CEO Evan Spiegel remains determined to maintain most of the company's controversial app redesign, despite admitting that it has hurt results and is driving users away. During the conference call with analysts to discuss Snap's performance, Spiegel said: "The redesign lays the foundation for the future of both our communication products and our media platform, and we look forward to doubling down on both."

Manament's stubbornness could be a sign that the company's struggling user growth might not pick up any time soon. And investors would be smart to stay away from the social media company. 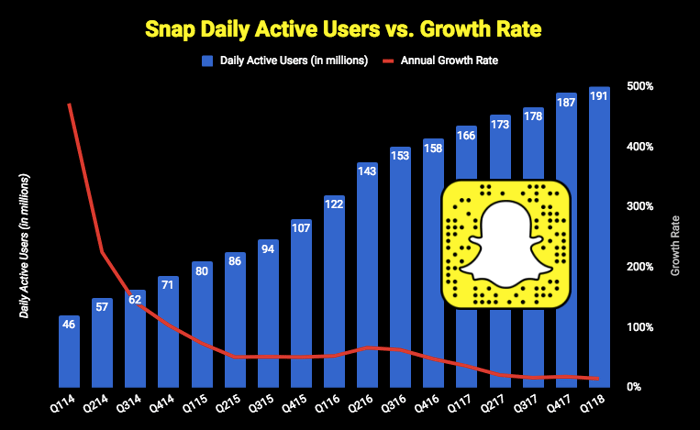 While no company can expect to grow at exponential rates for an extended period of time, reaching this growth deceleration this early in Snap's life cycle could signal long-term trouble.

First-quarter daily active users hit 191 million, a 15% gain from the year-ago period, but that was only 4 million more users than the number reached in the fourth quarter -- a 2% gain.

Spiegel admits this dramatic slowdown is due to the app redesign, but he says it shouldn't be unexpected: "As we have mentioned on our past two earnings calls, a change this big to existing behavior comes with some disruption."

Although the redesign was supposed to help Snapchat fight back against Facebook (META -0.76%) and its Instagram and WhatsApp offspring by bringing in a broader audience, it instead sparked criticism from users with significant followings, including Kylie Jenner and Chrissy Teigen. By highlighting friends and family while segregating influencer accounts, it created a dysfunctional feel that launched an online backlash.

The sales channel has been disrupted

Spiegel also allows that the change is creating "some apprehension" among advertisers, who cut back on spending on Snap's Lens and Filter products. AdAge notes that advertisers were already unhappy because average view time with ads was less than two seconds, which may be why Snap just added six second unskippable ads that are interspersed throughout videos in its Shows section.

Because Snap derives virtually all of its revenues from ads, this unease among advertisers is a big problem.

On top of those issues, publishers are reportedly frustrated with the app. The magazine New York reported that some outlets are seeing their traffic drop by half following the redesign. Publisher content can increase the amount of time users engage with the app and can give Snap more opportunities to serve up ads.

Revenues in the first quarter rose 54% to $231 million, but that was 6% below the $245 million analysts had been anticipating; it was 19% less than in the fourth quarter, which Snap said was partially due to seasonality, but also because of the app's redesign. And CFO Drew Vollero didn't ease any concerns when he said investors could expect the second quarter's growth rate "to decelerate substantially from Q1 levels."

The company has added new Snapchat features that it hopes will drive more ad growth, but some may cause more problems than resolve them. Snapchat's new "Shoppable AR" (augmented reality), for example, is a pair of sponsored lenses that also function as ads that let users take an action, like purchase a product or download an app. It's essentially placing ads front and center in the camera, the most used part of the app, which may turn off users who feel they're already being bombarded with ads.

Snap also opened a storefront that's being used to sell plush toys and T-shirts. Eventually it's expected it will sell more than tchotchkes -- including items like its Spectacles glasses, which the company insists on reviving. 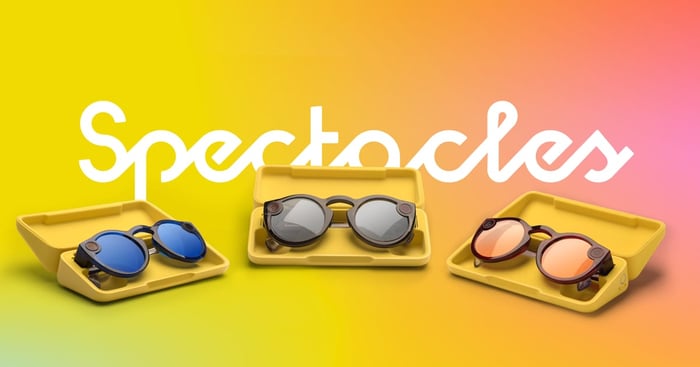 A lot going against it

Not everything was a critical failure for Snap this quarter -- the company narrowed its net losses to $342 million from $2.2 billion last year. But with the expected revenue growth slowdown and a chaotic app redesign in the works, the company's future is hard to forecast.

The fact that Snap also let go 7% of its workforce in March, mostly in the sales department, doesn't bode well for the company's future, either.

But what may hinder the company's recovery most is management's refusal to admit it made a mistake. Yes, it has tinkered with the app's redesign by allowing some users to see friends' content alongside that of celebrities and commercial interests again, but by saying Snap is going to "double down" on the redesign, Spiegel indicates he has no intention of going back to the way things were.

Snapchat is still a popular social-media platform for young adults, and in some surveys the vanishing-message app continues to grow as Facebook fades. Yet investors need to buy into management's vision if they want to own the stock, and right now it doesn't seem like Spiegel and company understand what its users want.